Redbox is of course known for its kiosks featuring $1 DVD rentals. They can be found at fast food restaurants, gas stations and grocery stores all over the country. The problem is that the industry is clearly going digital, and that is not an area where Redbox has much to offer. Yet.

Redbox President Mitch Lowe told Bloomberg the company may use a web service to expand its library. "The way we look at it is, How can it help us deliver to our customers things we can’t do in our kiosks?" Bloomberg quotes Lowe as saying. "What role might it play in expanding our selection?"

At least Redbox has a web site that (some) customers are used to visiting. The site currently lets you check movie availability at near-by kiosks. Customers would no doubt be happy to watch the movies directly from the site. If they’re still a dollar a piece, and on demand, Redbox might have something. 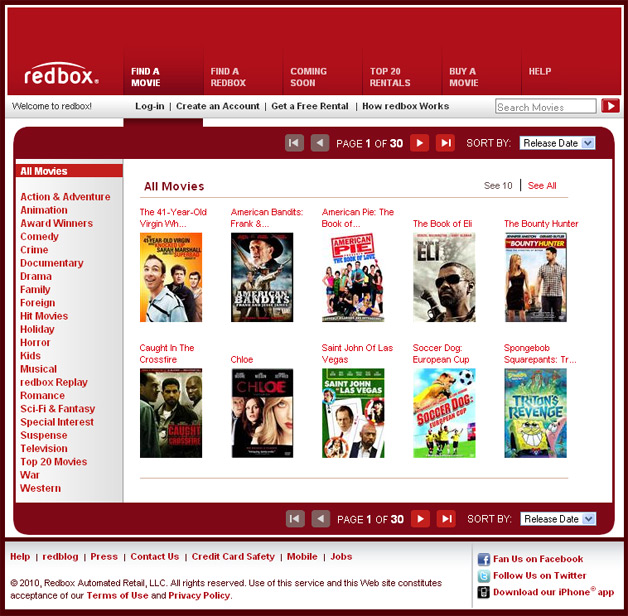 While the online movie/TV content industry may be heating up in terms of competition. Netflix seems to have a pretty comfortable lead. This was abundantly clear, especially at the announcement of Hulu Plus.

Netflix announced today that it is launching in Canada this fall, where it will offer streaming movies and TV episodes, as it does in the U.S. This will be the first country outside of the U.S. for Netflix.

BusinessWire to Give Businesses More Ways to Increase Press Coverage