Everyone wants to make money online, and a blog is one of the first things to which many turn to achieve this. There has been so much made of this concept over the years.

There are entire businesses based on helping others learn about making money blogging. It’s entirely possible to do, but it’s also easier said than done.

There are seven "harsh realities" of blogging for bucks, according to ProBlogger’s Darren Rowse and CopyBlogger’s Brian Clark and Sonia Simone, the panelists in the opening keynote of BlogWorld Day 3. These are:

1. "Free" is not a business model.
2. The push-button Internet cash machine is on the fritz.
3. You are not scalable.
4. No one actually wants that much authenticity.
5. Social media hates selling. (and yet, you have to sell)
6. A blog is not a business.
7. No one is reading your blog 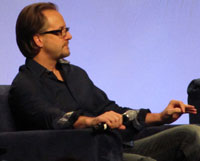 To summarize an hour of dialogue, you should at some point have a product that your readers will want. You should give a lot of free content away, but even when it comes to content, you can charge for some amount, and if your content is good enough, people will pay for the premium stuff. "You can tell them about ninety percent, and they’ll pay money just to get the final ten percent," so they know they have the whole picture, Clark says.

Making money blogging will not happen overnight. Sometimes it may seem like this is possible, but in reality, it takes a lot of work. "Build something that is real and something that matters to people," Rowse advises. He shared a story about how he launched a product one day and literally watched the sales roll in. It was as if he had hit a button, and the cash just started flowing, but then he realized he had been working hard up to that point for over two years, promoting the blog, writing two posts a day, doing SEO, press releases, etc. It wasn’t overnight. 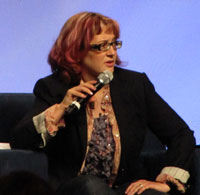 You’re not scalable, meaning that as your audience grows and more people want to connect with you, there will be a point where it just becomes too much. You have to set boundaries, otherwise you will have no time for yourself and your family.

Eventually, you’re going to have to "get real" about how many meaningful connections you can make in a day, Simone says, adding, "That’s part of growing up in social media.”

When they say "no one actually wants that much authenticity," they mean that nobody cares about what you did last night, who you were with, what you had for breakfast, etc. In other words, don’t show everybody everything about yourself, because you’re not writing for you. You’re writing for them. Be who you want to be for your audience. 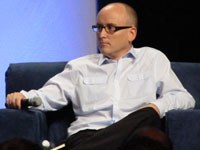 Ultimately, you’re blogging and using social media to sell, but you can’t just go around selling to people, because they won’t have it. It just doesn’t work. You have to make them want to buy. "You’re selling yourself," says Clark. If you provide enough value to your audience, they will want to buy what you have to offer if it expands upon the value you’re already giving them. "The content is the marketing," he says.

Just having a blog is not a business. If you want it to be a business you have to treat it like one, Rowse says. This is basically an extension of number 2.

The most important of the seven points is that no one is reading your blog. As Simone says, there are hundreds of millions of blogs, and that includes blogs on your topic. You have to write it in a way that is fresh, and either entertaining or informative. The good news is that you don’t need "monster traffic". You just need a good, steady core audience for advertising to do well.