The ILSR (Institute for Local Self-Reliance) states that their goal is to “provide innovative strategies, working models and timely information to support environmentally sound and equitable community development.”  One of their focal points is local internet access, and they have released a map to complement a publication on the rise and the need for continual expansion of public broadband networks.

“The Community Broadband Map reveals the depth and breadth of publicly owned networks,” says Christopher Mitchell, Director of ILSR’s Telecommunications as Commons Initiative in a press release. “Many of these were the first to bring broadband to their residents. Others offer some of the best deals available in the country.”

Here is the map: 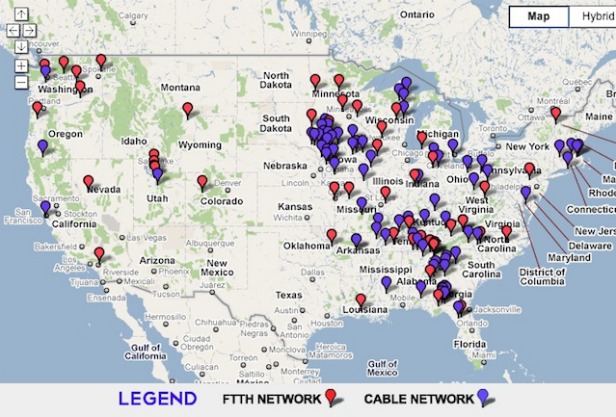 According to their report, 54 cities now own fiber networks while 79 cities own cable networks.  The ILSR laments the decreasing lack of competition in the internet provider market.  Specifically, they call out the FCC saying, “Tragically, the Federal Communications Commission has all but abdicated its role in protecting open and competitive access to the Internet.”

From the abstract of their report:

Yet even now, when publicly owned networks have proven their importance and viability, powerful entrenched telecommunications companies continue to lobby state legislatures to thwart publicly owned networks. Meanwhile, Washington, DC, refuses to protect the right of communities to build the networks on which their futures depend.

They might have a point.  Here is another ILSR map, showing restrictions on these publicly owned networks: 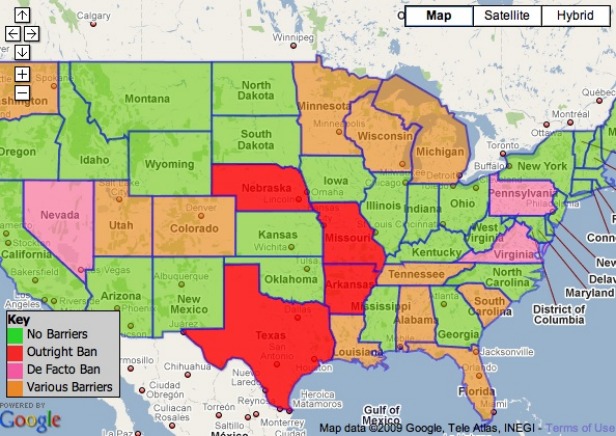 They say that state legislatures, lobbied by private providers, will continue to take away communities’ rights to build their own broadband networks if someone doesn’t intervene.  They believe that is the FCC’s job.

“In wireless, we effectively choose between AT&T and Verizon. In wired, cable networks increasingly offer a substantially faster and more reliable product than DSL, leaving the majority of us with only one option for high-speed access to the Internet,” says Mitchell.