uTest has released the results from a check-in services "Bug Battle" competition, in which over 300 users from about 40 countries reported bugs in popular check-in services Fousquare, Gowalla, and Brightkite. A total of 870 bugs were reported – technical, functional, and GUI bugs in the web and mobile apps of these three services.

Foursquare had the least reported bugs (177), followed by Gowalla (316) and then Brightkite (377). Foursquare ranked highest in most categories and had the best usability feedback, but Gowalla topped the location accuracy category.

"According to a recent Twitter post from Foursquare, their users’ number of check-ins grew 50% in the last month with nearly 900,000 check-ins on June 4th alone," said uTest VP of Marketing & Community, Matt Johnston. "Location-based check-in apps are truly one of the fastest growing segments in the entire mobile space." 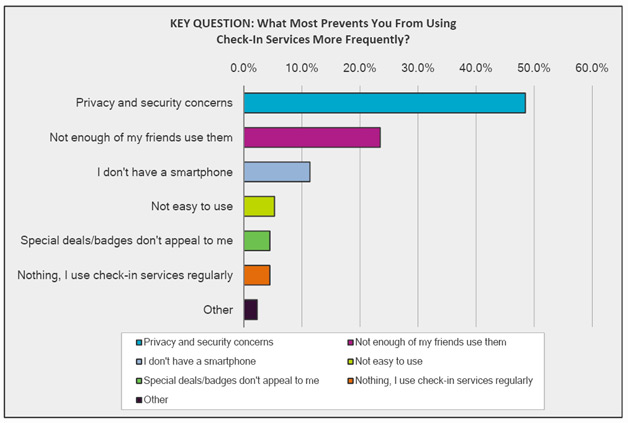 A few months ago, we reported on a site called PleaseRobMe, which drew attention to the fact that too much location-sharing is an invitation to criminals to take advantage. The site said its goal was to raise awareness, but the Twitter account it used to highlight people’s locations was suspended.

"This Bug Battle clearly demonstrated that app usability and location accuracy will be critical to the company that wins in the market for check-in services," said Johnston.

Of course Twitter will now be playing a bigger role than ever in location-sharing as well, as Twitter Places was launched to the masses this week.

The First Rule Of Dot War: You Do Not Tweet About Dot War