Post Harry Potter and the Deathly Hallows Sadness? There’s an App for That

#ItAllEnds. That Twitter hashtag has been trending all day, along with about a dozen other Harry Potter related terms. Since this morning, I’ve seen Neville Longbottom, Mischief Managed, Severus Snape, Albus Severus Potter, and most all of the Weasley clan trending at some point. Harry Potter is a global sensation and has been for nearly a decade. That’s not going to end just because the final film has been released.

So for all of you who want to stay immersed in the Harry Potter world, a new iPad app attempts to make that possible.

From ScrollMotion, the Harry Potter Film Wizardry app is said to be “written and designed in close collaboration with the cast and crew that brought J.K. Rowling’s celebrated novels to the silver screen.” The app is about 1 Gig and will run you $12.99. Here are some of the features as described on its iTunes page –

•Slideshows of previously unpublished photography from all eight of the Harry Potter films
•Animations, including, the Marauder’s Map, the Time-Turner, and a timeline showing Daniel Radcliffe growing up as Harry Potter
•3-D objects, such as the Yule Ball invitation, Weasleys’ Wizard Wheezes product selection, and the Borgin and Burkes auction catalog
•A plethora of extras such as concept art from all eight films, interactive audio, immersive page effects, tap and zoom photos, and behind-the-scenes videos.

This app comes packed with over one gigabyte of media: videos, interactive 3D renderings of unforgettable props, photographs, storyboards, sketches and much more. It’s a one-of-a-kind look at the world of the Harry Potter films that will always be available at your fingertips.

Here’s a couple of screen caps – 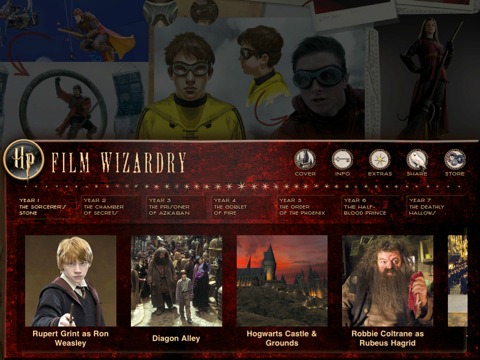 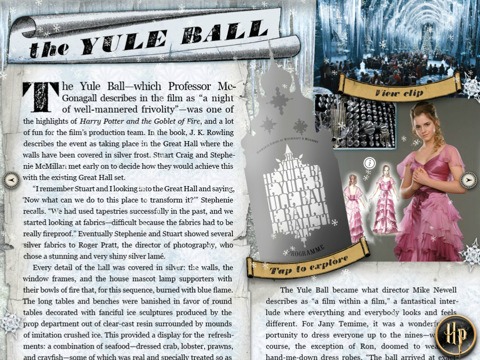 Have you seen Deathly Hallows Pt. 2 yet? If so, what do you think? If you haven’t seen it yet but plan to this weekend, check out this 5-minute retrospective, “Harry Potter: A Look Back.”

Is Google Affecting Our Memory?