Portia de Rossi and Ellen DeGeneres have been making headlines for quite some time due to rumors about their alleged marital problems.

Despite their six-year wedding anniversary approaching in August, speculation of cheating and divorce continues to run rampant.

As a matter of fact, the media has reported so many claims that it’s difficult to decipher what’s true or false. However, People magazine reports that the famed couple is “taking it all in stride.”

An inside source has reportedly shared a few details about their marriage, but in a nutshell, they’re just like any other couple. “They’ve had their ups and downs,” the source admitted.

“Portia has been very outspoken about previous issues, like her eating disorder, and she’s good at seeking help when she needs to. They’ve worked out difficulties in the past, and no doubt they’re trying to work out any problems right now.”

Although the couple share a common interest in renovating and furniture restoration, the source also added that DeGeneres’ schedule may be a conflicting issue in their marriage.

The two reportedly sold one of their renovated Los Angeles homes for a whopping $55 million. However, the tedious effort involved in renovating and moving may have taken a toll on the 41-year-old Australian-American actress.

“At times Portia felt overwhelmed at all that goes into redoing a house and moving to another, no matter how lucrative it may be,” the source said. “She felt like she was doing everything herself and needed some downtime.” 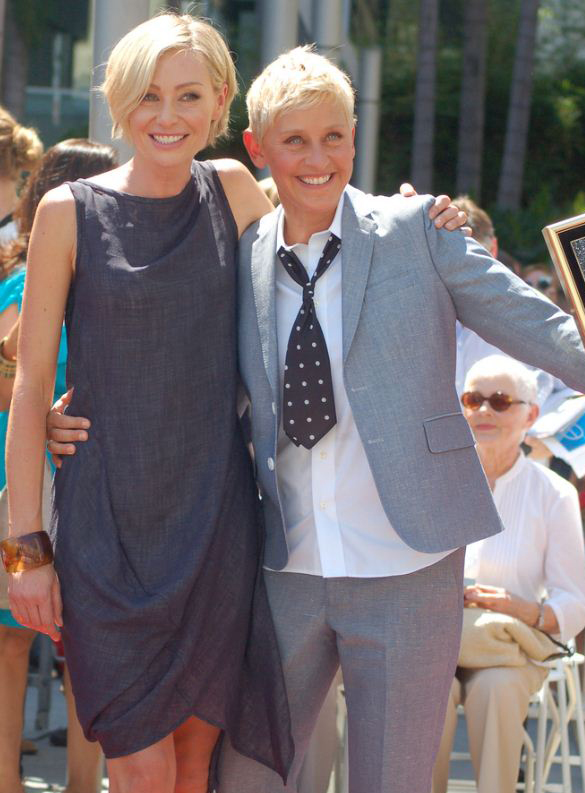 However, DeGeneres is saying otherwise. The 56-year-old talk show host refuted the separation rumors during an interview with People back in February. “One tabloid said Portia’s leaving me because she doesn’t like moving a lot,” she said. “Which is funny because she is overseeing the construction of our new house and loving it.”

Some of their close mutual friends have even insisted that they’re so happy it wouldn’t be surprising if they opted to renew their vows for their anniversary.

“They both love to celebrate special occasions and holidays, and their wedding anniversary is no different. They usually celebrate with a big party and invite a lot of friends,” the insider says. “They really are a lovely couple. They enjoy being married, and it shows.”

So, are they splitting or not? Apparently, the two are still very happy together. Fans will just have to wait and see how everything plays out.