PlayStation Network Hackers to Get a Bounty on Their Heads?

It looks like Sony might just be as clueless about the PSN attacks as they say they are.

All Things Digital is reporting that their sources say that Sony is debating the pros and cons of issuing a reward for information that leads to the arrest an prosecution of the hackers responsible for the PSN shutdown which began on April 19th.

From All Things D:

The company hasn’t reached a final decision concerning whether it will offer a reward, and may decide not to do it at all, but the option is on the table, sources told me today. The fact that Sony is considering a reward at all speaks to how seriously it wants the person or people who carried out the attacks that have forced its gaming services offline for nearly two weeks to face prosecution.

If Sony does decide to offer a reward, it will do so in cooperation with law enforcement agencies, including the FBI and the relevant law enforcement agencies in other countries. The discussions around the pros and cons of offering a reward are not complete and would require the sign-off of senior Sony executives in Tokyo, who have not given their go-ahead, these people say. The reward is being considered as one of many options Sony is mulling in consultation with law enforcement to try to jar loose any information on the identity of the attackers.

Sony has said throughout the ordeal that they have no definite idea who was behind the attacks. But last week, executives implicated activist group Anonymous, stating that their security team had found a message left in one of their servers reading “We are legion,” which is a famous catchphrase of the group Anonymous. 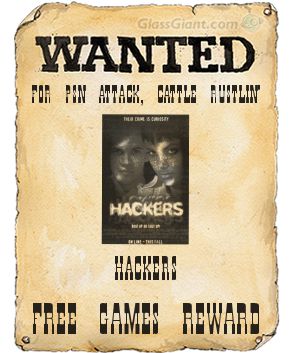 Anonymous has denied involvement as a collective group, issuing a statement that blamed Sony for incompetence and said that the company is simply accusing them in order to take attention away from their security failures.

Anonymous also pointed out that it would be a departure from their M.O. to mess with credit card information, which the PSN and Sony Online Entertainment hackers have reportedly done.

Although Anonymous has denied involvement in an official capacity, it could be that rogue members of Anonymous in fact carried out the hack. The Financial Times reported that two veteran members of the group said that certain members of their group were most likely responsible for the PSN attack. The source as quoted in the FT:

The latest from Sony is that they are still working to restore “some services,” but must verify the security of their network first. A Sony spokesman says that a “full reboot” of the entire system may not happen until as late as May 31st.

I don’t want to sound too snarky, but as far as allocation of resources goes, might it be best to funnel the money towards security, so that this won’t happen again?

All Apple, All The Time