Love them, hate them, laugh maniacally at their tactics; whatever your reaction is to PETA’s stunts you have to give them props for being creative. As a gamer, I have to recognize the hilarity of calling out Mario for wearing tanooki fur in his upcoming game – Super Mario Land 3D. I’ll be quite honest, before PETA’s new website launched, I didn’t even know “tanuki” actually existed.

The website is hoping to raise awareness for tanuki, which are raccoon dogs skinned for their fur. And according to PETA, Mario is being extremely offensive for wearing these furs as a power-up. To call him out, PETA has released their own game – Super Tanooki Skin 2D. The premise is simple, try and catch up to Mario and get your skin back! 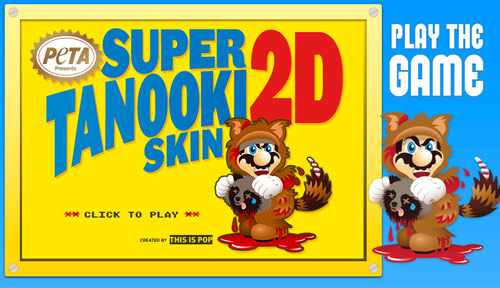 “When on a mission to rescue the princess, Mario has been known to use any means necessary to defeat his enemy—even wearing the skin of a raccoon dog to give him special powers.

Tanooki may be just a “suit” in Mario games, but in real life, tanuki are raccoon dogs who are skinned alive for their fur. By wearing Tanooki, Mario is sending the message that it’s OK to wear fur. Play Super Tanooki Skin 2D and help Tanooki reclaim his fur!”

If you’re wondering what Mario looks like in his actual game, here’s a picture of him in his tanooki suit. 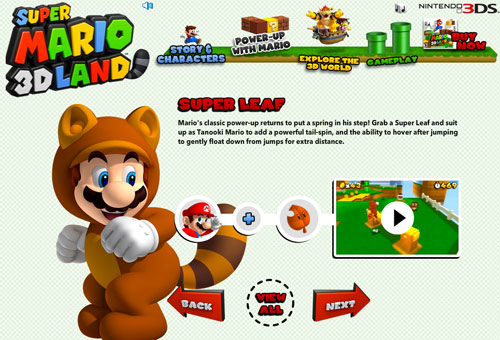 I couldn’t stop laughing at, and playing PETA’s Super Tanooki Skin 2D. At the same time, I can’t wait to relive my memories of Super Mario 3 by using the tanooki suit in Super Mario Land 3D. PETA did get a victory in the awareness fight, as I do know tanuki actually exists.

AT&T Drives the Most Business Traffic in the U.S.