The past year set a new record for malware creation with 25 million new strains, according to a new report by PandaLabs.

The latest surge of activity included new examples of banker Trojans, which accounted for 66 percent of all new samples, as well as a number of fake antivirus programs.

During 2009, spam was also highly active, accounting for 92 percent of all email traffic. The tactics used to dupe potential victims into opening these spam emails have focused on exploiting current events and dramatic news stories. 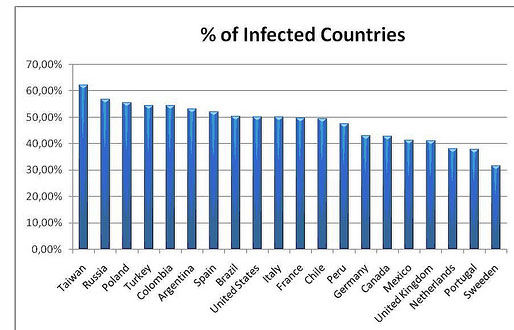 Countries generating the most malware included Taiwan, followed by Russia, Poland, Turkey, Columbia, Argentina and Spain. Countries with the fewest infections include Portugal and Sweden.

PandaLabs predicts the amount of malware in circulation will continue to grow during 2010. Windows 7 will attract the interest of hackers when it comes to designing new malware and attacks on Apple computers will increase.