The internet was the star of last night and this morning’s breaking news of Osama Bin Laden’s death.  People flocked to Twitter and Facebook to find out the latest and to express their feelings about the incredible story.  CNN.com crashed last night when the news was just coming out.  One man amazingly live-tweeted the U.S. operation, not really knowing the significance until much later.

The web, especially Twitter, was wonderful for serious reporting as most of the major news outlets used to service to deliver up-to-the-minute details as they came rolling in.  The White House also used Twitter to break the official news and to alert people to the upcoming live statement by President Obama.

But the internet, being the internet, has also already exploded with the funny, wacky and just plain silly.  Not since 9/11 has the nation been so collectively affected by something.  And in my lifetime, never has the nation reacted so jubilantly to the news of a person’s death.  Although some have admitted conflicted feelings about the celebration of death, even for a man who has caused so much pain, the majority of the reactions have been those of satisfaction.

Humor is the universal coping mechanism when something big happens.  This news seems to be serving as a national catharsis, and the online world is reacting in some interesting ways.

The Facebook page “Osama Bin Laden is DEAD” has exploded to over 330,000 likes.  The funny thing about this, is that to page has been around for some time and its actual focus is on the theory that Bin Laden was already dead.  It seems people have co-opted the page to suit the latest developments. 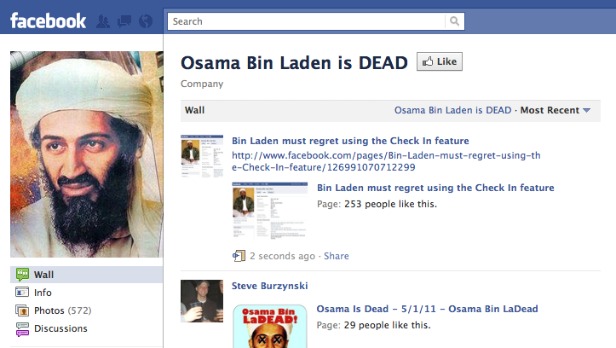 Shortly after the news broke, Osama Bin Laden’s compound had already been given a marker on Google Maps.  The tag is located in Abottabad, northern Pakistan, the military town where he had apparently been living for some time. 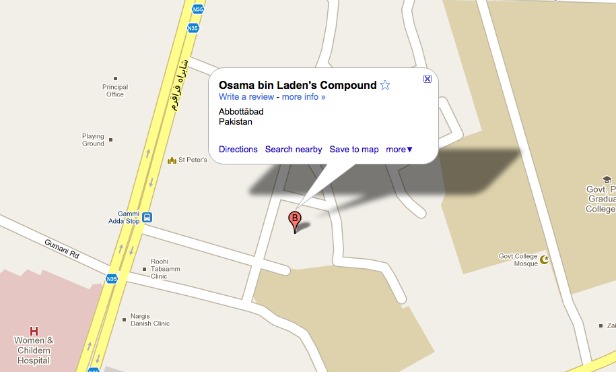 Saturday was the annual White House Correspondent’s Dinner, and a video from the event has now gone viral.  Host Seth Meyer made a joke about the fact that CSPAN lacks viewers by saying that Osama Bin Laden wasn’t in hiding, he’s had a show on CSPAN for years.  The camera cuts to President Obama, who has a big grin on his face.  We now know that at the time of the joke, Obama had already directed Special-Ops to move on Bin Laden’s compound the previous day.  Talk about a poker face.

Twitter was a great place for the cold, hard facts of the news but has also spawned some less-serious commentary.  Here are some of the notable responses:

12 hours ago via Twitter for iPhone · powered by @socialditto

12 hours ago via web · powered by @socialditto

8 hours ago via web · powered by @socialditto

11 hours ago via web · powered by @socialditto

@DonkeyBomber
Tom SchneiderPoker tip:bin laden dead, islamic extremists will be on tilt. Poker games should be good in afghanistan, pakistan and iran for next century

11 hours ago via txt · powered by @socialditto

Lastly, like any good news event that gets internetized, Bin Laden’s death has been picked up by the mememakers.  Here’s a sampling of what’s up so far. 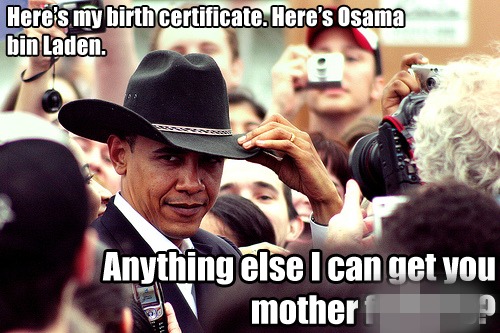 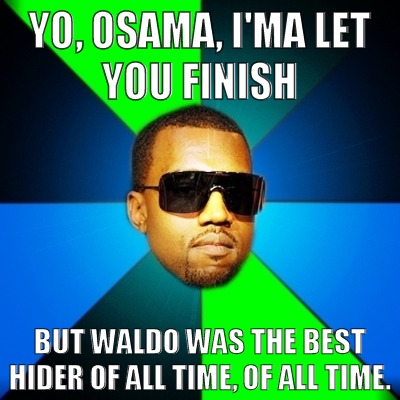 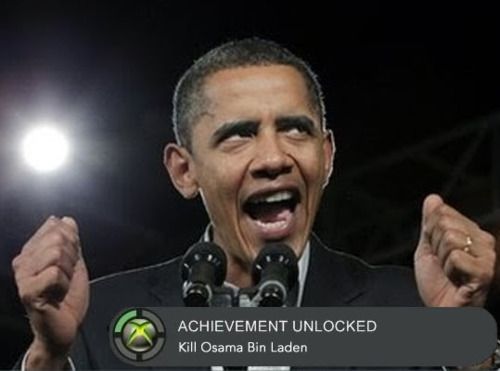 May 2, 2011
Recent Posts
Registration is disabled.