The longtime, free alternative to Microsoft Office will be changing hands in regards to development and supervision as Oracle announced their intentions to turn OpenOffice into a community-based, open source project. Not only that, but they also plan on discontinuing OpenOffice’s pay version, which sounds an awful lot like Oracle is leaving the document-creation business altogether.

While Oracle is expected to assist in the transition, it’s clear the time that’s been put into making OpenOffice a viable alternative to the ever-present Office suite is at an end. The announcement of Oracle’s intentions was also accompanied by the following statement:

“Given the breadth of interest in free personal productivity applications and the rapid evolution of personal computing technologies, we believe the OpenOffice.org project would be best managed by an organization focused on serving that broad constituency on a non-commercial basis,” said Edward Screven, Oracle’s Chief Corporate Architect. “We intend to begin working immediately with community members to further the continued success of Open Office. Oracle will continue to strongly support the adoption of open standards-based document formats, such as the Open Document Format (ODF).”

Based on other readings, it sounds like Oracle wasn’t entirely sure how to manage OpenOffice. 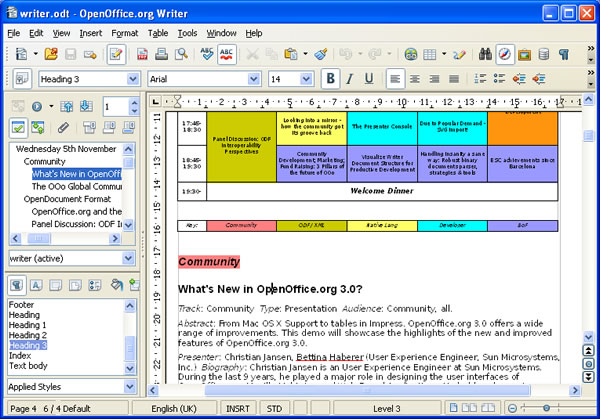 According to The Register, there was split in the creative team responsible for OpenOffice which resulted in the following:

Apparently, the differences began in 2010 when Oracle took what was perceived as a strong-arm approach to the software suite. While there is some ambiguity concerning the future of the OpenOffice project, the fact that Oracle relinquished control of the property should provide some level of hope to OpenOffice supporters, but again, the Register cautions:

Also, too, whether Oracle will – as is likely – retain the OpenOffice trademark, which would mean that it would retain the ultimate form of control over what changes go into OpenOffice.

Considering the success of Google Docs, one would think there’s room for additional office productivity software suites that don’t cost consumers a thing.