Online retail spending in the U.S. reached $32.9 billion in the second quarter, up 9 percent over a year ago, according to a new report from comScore.

"We remain cautiously optimistic heading into the second half of the year, but we will be keeping a close eye on unemployment rates, which along with potential uncertainty in the stock market could limit growth in e-commerce spending in the near term." 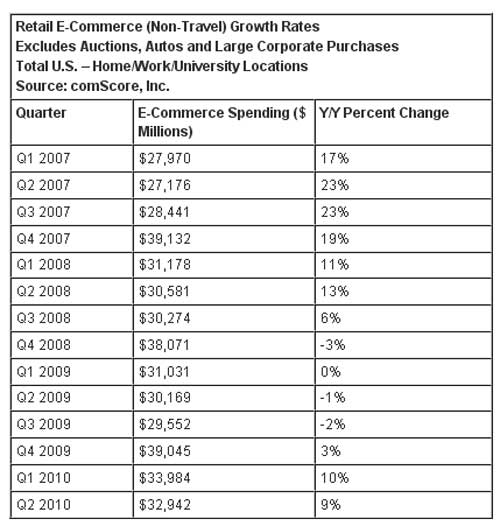 Other highlights from the Q2 report include:

*Upper-income households (those earning at least $100,000 annually) grew 17 percent compared to a year ago, about twice the overall ecommerce growth rate during the quarter.

Using Social Media To Help Those In Need