The economic meltdown hit the U.S. advertising market harder than expected, with overall revenue falling from $77 billion in 2008 to $67 billion in 2009, according to a new report from the Yankee Group.

The report "2009 Advertising Forecast Update: Less TV, More Internet," found the majority of the decline was due to TV advertising, which dipped from $52 billion in 2008 to just $41 billion in 2009.

"The 2008-2009 recession drove down the value of everything-from home prices to TV advertising revenue," said Carl Howe, director at Yankee Group and author of the new report.

"As consumers have become worried about the economy, they’ve reduced the amount of time they spend on media to less than 12 hours a day, down from nearly 14 hours in 2008. This shift in behavior has caused ad revenues to drop significantly." 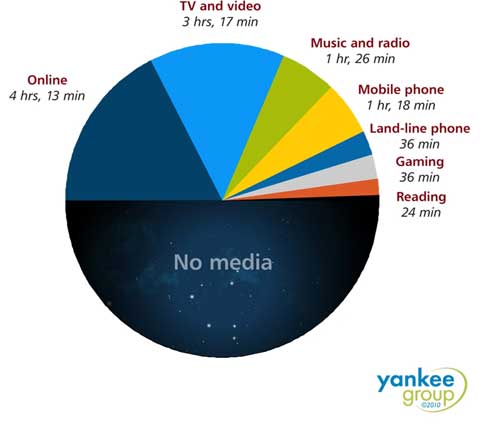 While time spent online decreased by 40 minutes pre day from 2008 to 2009, consumers still spent more time online, 4 hours and 13 minutes daily, more than any other medium. Another bright spot was Internet advertising revenue increased from $24 billion in 2008 to nearly $26 billion in 2009.

Google Wants to Help You Expand Your Twitter Network