Twitter just announced that RIM has launched its official BlackBerry Twitter app. The two companies have worked closely together to create it. 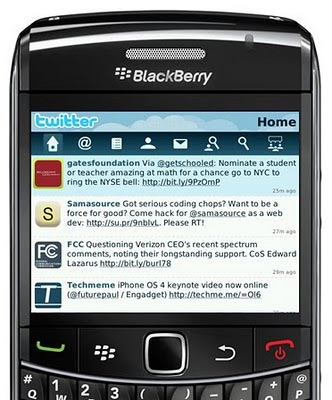 –  @integration so that if you receive an email or text message which includes an @username, it is linked to the Twitter app profile page