Every month, WebProNews has been looking at Twitter’s growth in terms of new user registration and number of Tweets. In January, we looked at December’s numbers which showed an increase in tweeting frequency, as Twitter surpassed a billion tweets in a month.

In January, total tweets sent were the largest on record. However, they increased at 6.34% over December, which is the second lowest increase for the last twelve months. Only August saw a lower rate at -6.2%.

Still, new registrations saw a 32% month-over-month increase, the largest since April, and the most registrations ever in a single month at 9.4 million. These numbers were supplied by Matthew Daines, the lead developer for our own Twellow. He also provided the following graphs: 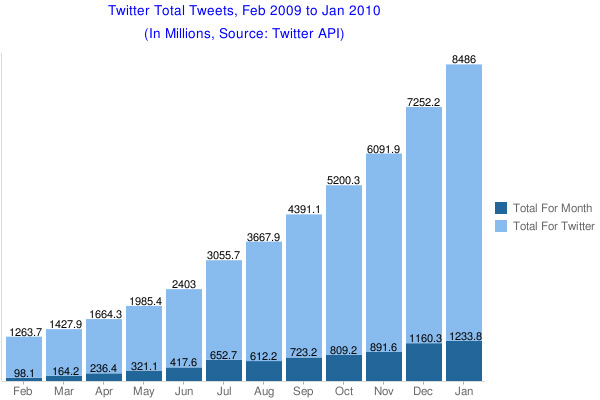 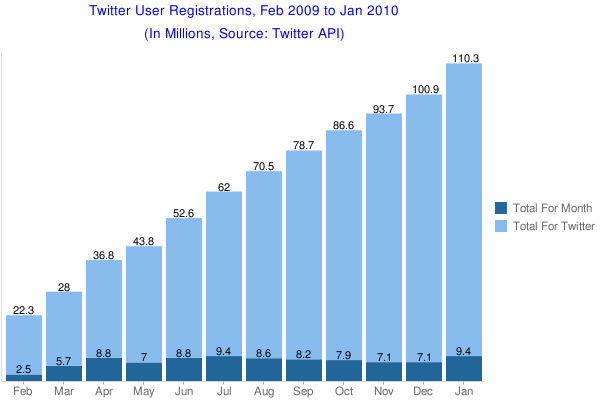 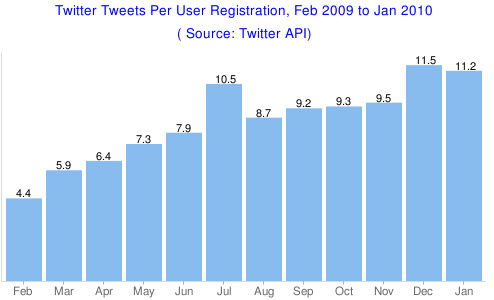 "The average tweets per user registration dropped slightly to 11.2, a 2.7% decrease from December," notes Daines. He reiterates his usual disclaimer, that these numbers in no way reflect suspended, abandoned, or inactive accounts.

The big increase in new user registrations has to be refreshing for Twitter. In November, Twitter saw a decline in the number of new Twitterers, a trend that had been going on since July. Finally, that leveled out in December. Now the number has grown significantly. It will be interesting to see if the trend continues into this month.

GoDaddy Back in the News for Super Bowl Ads