If you ever asked yourself about the difference between an e-reader and a tablet, your query may have gotten a little bit more difficult to answer.

A brand new upgrade for the Nook Color seriously blurs the line between e-reader and tablet.  Version 1.2.0 will be rolling out as an automatic download over the next few weeks, but users can manually download the upgrade starting today.

The Nook Color has occupied a space somewhere between an iPad and a Kindle, smaller than the former, a little more cumbersome than the latter.  Today’s update puts it in a category all its own – basically a tablet-lite.

The Nook Color has added a good variety of apps to it repertoire, including Angry Birds, Epicurious, Lonely Planet and Pulse.  Instead of purchasing apps from the Android app store, Nook owners will deal directly with an exclusive Nook app store.  Right now, said app store contains about 125 apps. 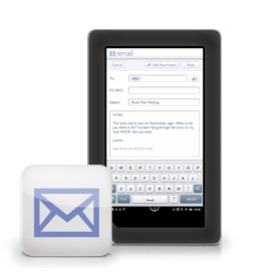 Nook Color has also added a full-fledged email client compatible with most services.  The Android OS is updated to Froyo with version 1.2.0, which will enhance web browsing.  Along with the upgrade to Froyo comes full Adobe Flash compatibility.

On how well the Flash content is rendered, via Ars Technica:

As for Flash’s performance on the device’s 800MHz TI OMAP processor, president of digital products Jamie Iannone would only say that it “works pretty well,” though Engadget’s hands-on with a late build of the software update revealed “noticeable lag at times when playing videos or scrolling about on pages with animations.” Iannone said that the company would work closely with Adobe to improve performance over time.

The new Nook Color will also contain Nook Friends, which looks to be a little social network built around books.  Friends Beta is the platform that will facilitate book lending through LendMe.  Friends Beta also looks like it will be a recommendation engine as well: 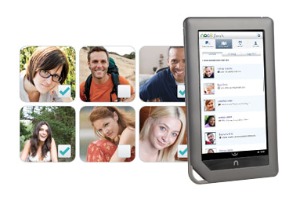 Let your NOOK Friends™ help you find that next great read. Discover what your friends are raving about through the Friend’s Activity feed. See their most recent ratings and reviews, shared quotes, recommendations and updates on how they are progressing through their latest book. What better way to discover a new author or title than knowing that your best friend enjoyed it? The only caveat—they better not give away a good ending.

The Nook Color shop has also been integrated with a “like” function.

With this update, the Nook Color can be thrown into the discussion of legitimate tablet options.  And at $249 it might just be a pretty good value buy.

Facebook Send Button Should Send Targeted Traffic to Your Site

Facebook Sued for $1.00 After Labeling David Fagin a Spammer