Nokia announced today that it has signed an agreement to acquire Motally, a mobile analytics firm. The company provides in-app tracking and reporting, enabling developers and publishers to optimize the development of their apps.

"The acquisition underpins Nokia’s drive to deliver in-application and mobile web browsing analytics to Ovi’s growing, global eco-system of developers and publishers, enabling partners to better connect with their customers and optimize and monetize their offering", said Marco Argenti, VP, Media at Nokia.

Motally is made up of just 8 people. It was founded in 2008 in San Francisco, and has patent-pending technology related to mobile analytics and data collection accuracy.

The deal, the financial terms of which were not disclosed, is expected to close during the third quarter, pending customary closing conditions. 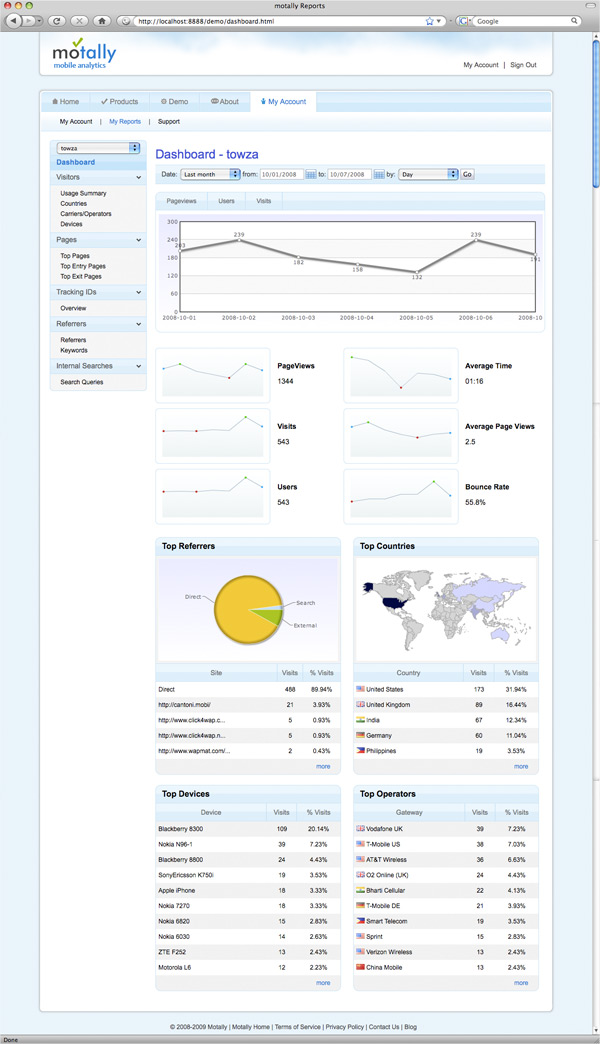 In other Nokia news, the company also announced it is closing the Nokia Messaging for Social Networks Beta trial.