Now you won’t have any excuse not to grab a Wii, sports resort and play those love handles away.

Engadget is reporting that a trusted source has informed them that Nintendo’s little white console will be dropping $50, from $200 to $150 soon.  They report that the date for the price drop will most likely be May 15th.  The last universal price cut on the Wii was way back in September of 2009, when the price also dropped $50, from $250 to $200.

Popularity of the Wii console has diminished for the past few years.  The drop-off has been steady, with the console selling over 10 million units in 2008, down to 9 million in 2009 and most recently 7 million in 2010.  Most recently, Microsoft’s Xbox sales beat the Wii by nearly 100,000 units in February, according to CNET.

Last year, Nintendo partnered with the American Heart Association to promote healthy living through video-game-exercise.  Their seal of approval appeared on Wii consoles,  Wii Sports Resort, and Wii Fit.  This writer does not want to correlate the declining Wii sales to the fact that Americans are fat and lazy.

Adding fuel to the rumor, GoNintendo has posted a leaked internal price sheet from Kmart that also has the new Wii price set at $149.99. 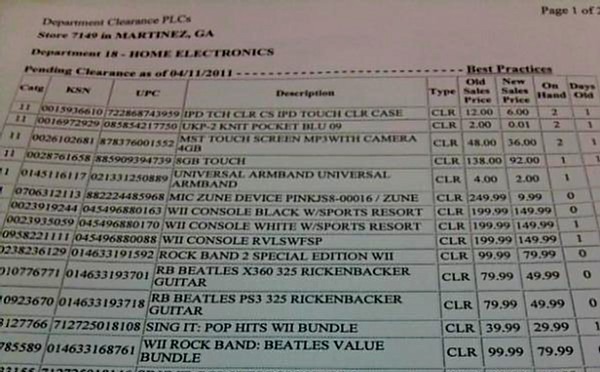 Movie Director Asks Downloaders Not to Steal His Movie