While perhaps not as big as the AT&T/T-Mobile news, Sprint also has some news – it’s getting the new Nexus S 4G “Google phone” as well as Google Voice integration.

“We co-developed Nexus S 4G with Samsung to tightly integrate hardware and software and highlight the advancements of Gingerbread,” adds Rubin. “Nexus S 4G takes advantage of Sprint’s high-speed 4G data network. It features a 4″ Contour Display designed to fit comfortably in the palm of your hand and along the side of your face. It also features a 1GHz Hummingbird processor, front and rear facing cameras, 16GB of internal memory, and NFC (near field communication) hardware that lets you read information from everyday objects that have NFC tags.” 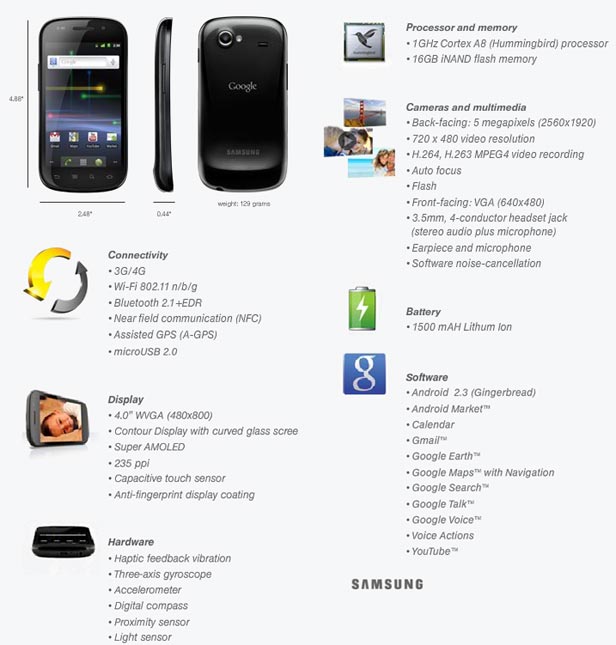 Regarding the Google Voice news, Google software engineer Jacob Hesch says, “First, Sprint customers will be able to use their existing Sprint mobile number as their Google Voice number and have it ring multiple other phones simultaneously. So now, calls to your Sprint mobile number can easily be answered from your office or your home phone, or even your computer through Gmail. Calls from Gmail and text messages sent from google.com/voice will also display your Sprint number. This basically gives Sprint customers all the benefits of Google Voice without the need to change or port their number.”

“Alternatively, Google Voice users can choose to replace their Sprint number with their Google Voice number when placing calls or sending text messages from their Sprint handset,” he adds. “This feature works on all Sprint phones and gives Sprint users all the benefits of Google Voice without the need for an app.”

Google Voice replaces Sprint’s own voicemail system. It’s coming to Sprint customers in the U.S. (no date given – just “soon”), and will be rolled out to all Google Voice users gradually.