Over 300 newspapers have joined together with Ranger Data Technologies to launch a new online auction site called Boocoo that would compete with eBay, and hopefully boost newspapers’ revenues. The auction site puts an emphasis on local auctions.

Could an online auction site help newspapers in the revenue department? Tell us what you think.

"Because of the explosive growth in Internet usage in the past decade, a new revenue opportunity has opened up for newspapers and other local media. Boocoo.com was designed in part to regain revenue lost to online classified advertising and auction sites while giving consumers a secure and competitive alternative rich in local content,” said George Willard Sr., the Chairman, CEO, and Founder of Ranger Data Technologies. 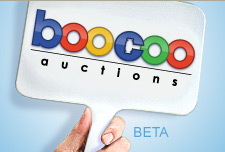 Chicago’s Sun-Times Media is one of the newspaper companies to partner on Boocoo. "Sun-Times Media’s partnership with Ranger Data Technologies will help us to expand the ways we serve residents of the Chicago region," said Hunt Kingsbury, VP and General Manager of Interactive Media for Sun-Times Media. "Boocoo is a great resource for people who want an auction site that is competitive in price and very local. We are excited to offer this to the areas we already serve."

"Boocoo.com is an innovative and exciting approach for the local media to enter the e-commerce transactional marketplace,” said Kip Knight, a former Vice-President of Marketing for eBay North America who serves as a consultant to Ranger Data Technologies. "I also believe sellers should be attracted to the site because it is value priced relative to other online auctions."

I’ve seen a whole lot of people looking for alternatives to eBay, and it will be interesting to see if Boocoo becomes a legitimate contender in the space.

As a special promotion, fees are actually being waived for all consumers for a minimum of two weeks at Boocoo.