Each month, we look at Twitter’s growth based on total tweets and new user registrations. This data is supplied by Matthew Daines, the lead developer for our own Twitter app Twellow.

In February, the number of new registrations fell, compared to the previous month, and tweeting in general rose, but the growth in the amount of tweeting slowed. "New registrations are down for February by 12.2%. Total tweets for the month rose slightly over January at 7.4%, the slowest pace since August," says Daines. "Tweets per user registration remained almost constant, dropping only 8 tenths of 1 percent." 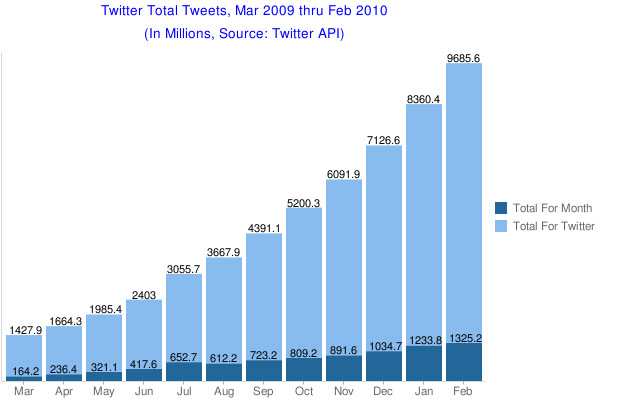 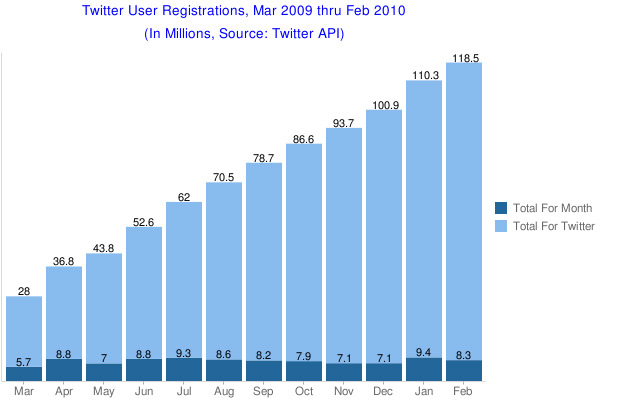 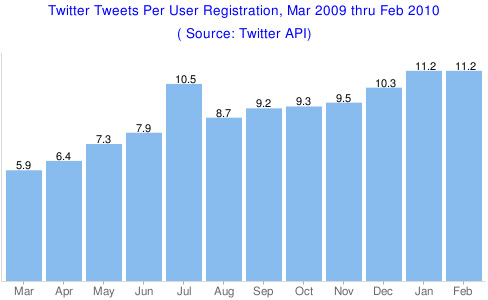 "I did run a survey last month of 9,995 random Twitter IDs and found an estimated 20% of accounts were listed as suspended or not found, so actual registered user numbers probably run at about 80% of the numbers shown, which would be 94.8 million for February," he notes. "Tweets per user registration would be about 20% higher, which would be 14 for February."

Daines notes that he had to make slight adjustments to the past two months. "I had to revise the tweet numbers for December and January down due to a flaw in my calculations for those two months, but the tweets were still up by 16% and 19% for each month respectively."

This month Twitter is expected to launch an advertising platform, and it should be interesting to see the numbers after that. Twitter is also rumored to be readying some new features that have previously only been available via third-party apps.

Most Businesses Still Only "Experiment" with Social Media