Radiohead announced that its new album, "The King of Limbs" will be released on the web this Saturday – February 19. This is the second time the band has gone web-first with an album release.

In 2007, Radiohead released "In Rainbows," allowing fans to pay whatever they wanted for downloads of the album. Radiohead will try a different strategy this time – simply charging a set price $9.00 for MP3s and $14.00 for WAVs).

The whole "In Rainbows" thing didn’t work out quite as well as the band had hoped. In 2008, Radiohead frontman Thom Yorke told Hollywood Reporter:

"I think it was a one-off response to a particular situation," Yorke said of the band’s downloading policy for the album "In Rainbows."

"It was one of those things where we were in the position of everyone asking us what we were going to do," he said. "I don’t think it would have the same significance now anyway, if we chose to give something away again. It was a moment in time."

"The King of Limbs" will be released in a physical "Newspaper album" format on May 9. 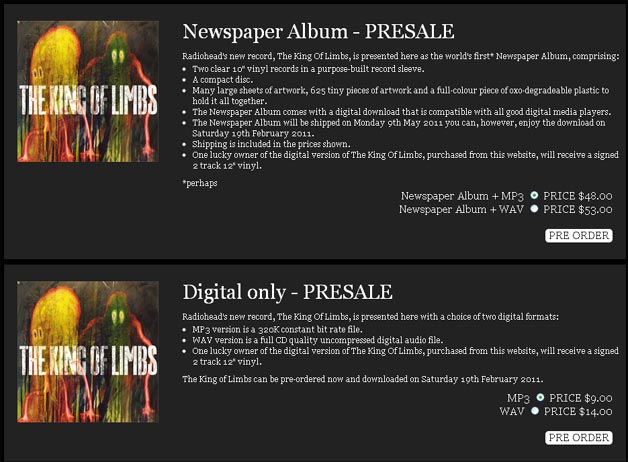 Investors May Value Zynga At Between $7B, $9B