Pinterest” target=”_blank”>Pinterest, a constantly growing image liking and sharing site, is starting to pick up momentum within the social networking world, where many users (commonly integrated from Facebook) discover new interests by sharing/pinning them to their friend feed. Many people think that the site is mainly for women, but the site can also outreach and benefit the male gender as well.

During the recent SXSW conference, many social networking and tech companies announced news related to their sites, and the emerging website of Pinterest” target=”_blank”>Pinterest was not left out. The image-liking website’s CEO Ben Silbermann announced various ways that the site will make sharing interests easier for the end user. The new features that Silbermann elaborated on have been provided below. 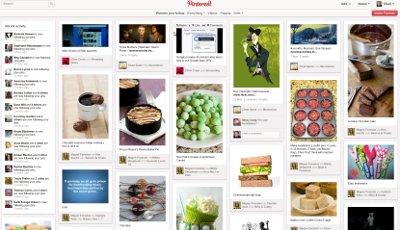 Please be sure to stay tuned to WebProNews for more information on these new upcoming features on Pinterest” target=”_blank”>Pinterest.