Any developers who wanted to tinker with Google TV but felt they lacked a solid starting point should look again.  Google’s released a pair of templates and a user interface library meant to give developers a leg up on building optimized sites.

A post on the Official Google TV Blog explained, "We’ve created two template designs that are focused on delivering video content, but equally suitable for photos or other multimedia.  We recognize that some developers prefer using open web technologies, while others prefer Flash.  So we’ve created two separate versions of each template."

The templates have been open sourced, by the way, so anyone who’s inclined to can modify them. 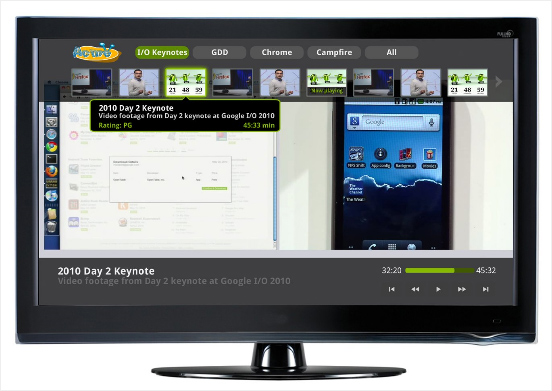 Then, with regard to the other half of Google’s announcement, the post continued, "One important optimization for browsing websites on TV is ensuring that D-pad navigation works well.  The JavaScript-based templates utilize a new library we’ve developed for this purpose – the Google TV Web UI Library.  This library has been open sourced as well."

Of course, there’s one big potential problem here: Google’s assuming lots of developers remain interested in Google TV, and after its less-than-promising launch, that may not be the case.

Still, an increase in the number of optimized sites could create new interest among potential users, so it’s hard to fault the company for giving this idea a try.