I’m sure that when the people over at Netflix submitted their blog post about the new prices yesterday, they expected some level of backlash. How could they not? In short, they turned a service that cost $10 into a service that costs $16 without adding anything new.

People love to get something for nothing, but when you announce nothing for something, well, you’re inviting trouble.

If you somehow missed the news yesterday, here’s a quick rundown – Effective September 1st for current members and immediately for new members, the DVD plans will be separate plans – apart from the streaming plan. Unlimited streaming will still cost $7.99 a month but now, instead of a $2 add-on, the 1-DVD-at-a-time feature will be its own plan also costing $7.99.

This amounts to a 60% price increase for people who still wish to keep streaming and DVD services.

Today, in the aftermath of that announcement, the internet has exploded with frustration, betrayal, and rage. A current top trend on Twitter is “Dear Netflix,” and as you would expect the 140-character letters are not too kind. Check out some of the top “Dear Netflix” tweets –

@CarmenRodgers
Carmen RodgersDear #Netflix, your 60% increase is the perfect opportunity for someone else to come in on a market you had comfortably cornered. Good luck.

16 minutes ago via TMF – Social Media Updater · powered by @socialditto

@Jecon
Jess ConnerDear @Netflix, it got rocky when you lost my #Dexter. Yet we reunited over seasons of #MadMen. But now you want too much from me.It’s over.

2 hours ago via Echofon · powered by @socialditto

@droberts0503
Duncan RobertsDear Netflix, I got your breakup email. Sorry to hear you don’t want me to be with you anymore.

3 hours ago via Twitter for Android · powered by @socialditto

18 minutes ago via web · powered by @socialditto

“Front page of the internet” Reddit has also been inundated with posts about the Netflix price increase. 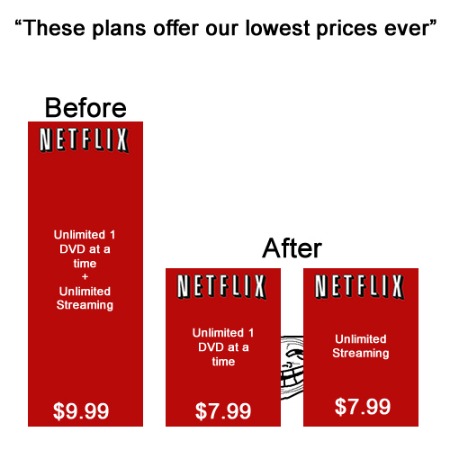 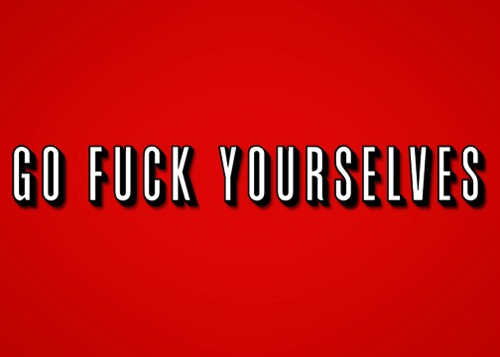 Yesterday, we asked what’s next for Netflix users? Will users just pony up the extra cash? Will they drop one of the services, either streaming or DVD? Will they now feel justified in pirating the movies they want to watch?

One prevailing thought it that cheap DVD rental services like Redbox and the Blockbuster kiosks will truly be the ones to benefit from Netflix’s price shift.

Many are saying that they will keep their $7.99 streaming plan and simply head to Redbox for a $1 new release when they can’t find what they want to watch on Netflix instant. Maybe that’s what Netflix is counting on, as I speculate that this new price shift is the first move in Netflix phasing out physical DVDs altogether.

It’s easy to get caught up in the rage of a 60% price hike, but for a little perspective on this whole thing, we turn back to Reddit– 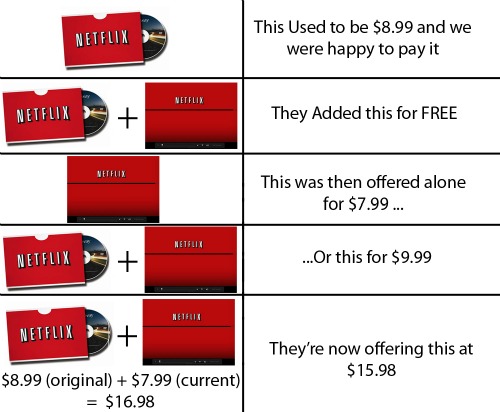