Netflix has launched its free app for iPhone and iPod touch, allowing members to instantly watch TV episodes and movies streamed to their devices.

The Netflix App for iPhone and iPod touch is available on Wi-Fi and 3G networks. Content is organized based on a members’ personal preference, popular genres, new arrivals and individual instant queues. 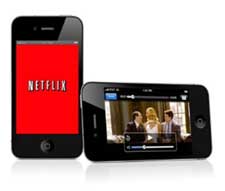 Users have the option of fast-forwarding and rewinding the video stream, and stopping at any time. When users want to start watching again, the video stream starts where it was stopped, even on a different device that can stream content from Netflix.

"We’re excited that our members can now carry Netflix around in their pockets and instantly watch movies and TV shows streamed from Netflix right to their iPhone or iPod touch."

Why Stop at the Web? Facebook to Take Over the World?