Netflix just released its monthly update on Internet service provider speed data, ranking the top ISPs in terms of speed for its streaming service. This reflects the month of October.

Here in the United States, Verizon FiOS held on to the top spot while Comcast climbed up two spots to number 6 with an average speed of 3.61 megabits per second. That’s up from 3.52 Mbps a month ago.

Here are the rankings for the U.S. and Canada. 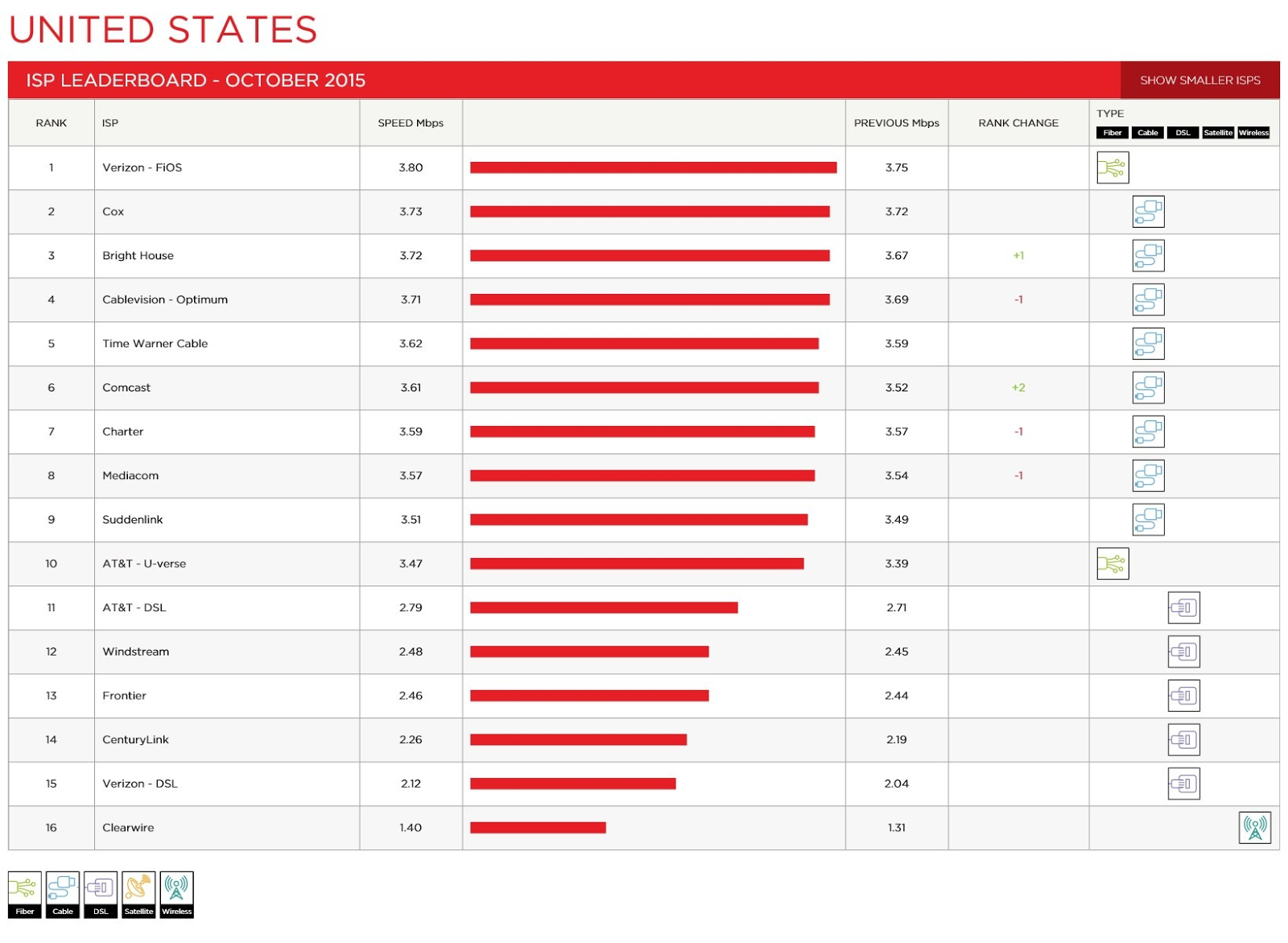 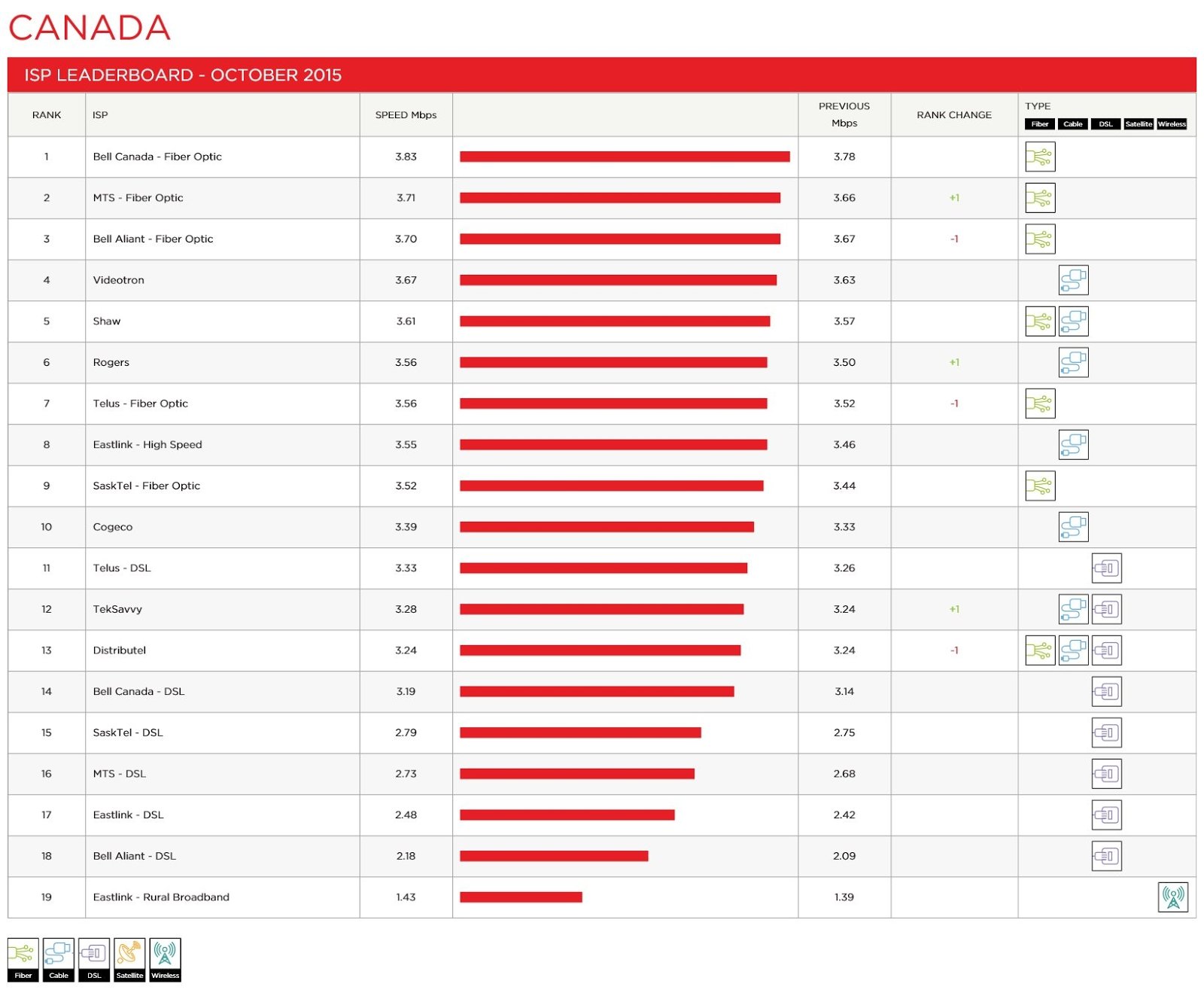 “Mexico’s Telecable continued to decline, falling two places to seventh with an average speed of 2.91 Mbps, down from 3.04 Mbps last month,” said Anne Marie Squeo. “The provider’s speeds have been declining since May.”

You can get a look at all the rankings here. Next month, Netflix will add data from Spain, Portugal and Italy where it launched last month.

Snapchat Rivals Facebook When It Comes to Video Views