Netflix announced today that it has added search capabilities to its service on the Sony Playstation 3. This is part of a software upgrade from the company. 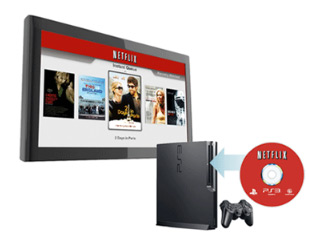 "This architecture allows us to improve your Netflix experience by adding more and more features over time," says Greg Peters, VP of product development. "Sony is the first of the game consoles to adopt this new software from Netflix, so if you’re a PS3 user, you can now search for a movie or TV episode on your TV via your PS3. No need to go back to your computer to add it to your Queue."

Speaking as a Netlix on Wii user, I can say this feature would be incredibly useful. Although, if Netflix gets the mobile apps out soon, it won’t be so much of an issue, as grabbing the phone to do the searches would be almost as easy as the console search function, if not more so. Those will come eventually, no doubt.

In the meantime, Netflix says it will have "more cool features" in store with its continuous improvement architecture.

Netflix is also seeing increased competition from all sides with the launches of things like Hulu’s paid service and Redbox talking about its online strategy.