NASA App HD features live streaming video from NASA Television, an interactive map with links to all of its centers, quick links to feature stories and launch schedules, a scrolling “alerts banner,” and a NASA Featured” link. 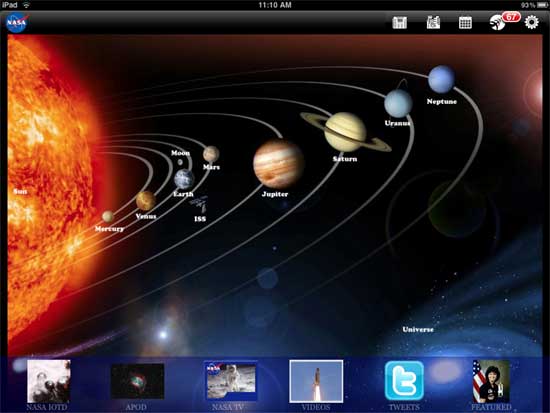 The app’s landing page features the solar system, where users can learn more about it, the universe and NASA missions. The app also allows users to view and search updated, higher resolution NASA Image of the Day and Astronomy Picture of the Day collections and agency videos on demand.

"Now we’ve enhanced and expanded the application to include even more content and really take advantage of the iPad’s larger screen."