MySpace has an interactive, media and feature rich World Cup profile it’s showing off, as the event kicked off today.

"We’ve built this community for our users to act as an aggregate of the flurry of World Cup activity not only across MySpace but across the entire web including videos, live status updates and tweets via Kosmix, World Cup content from Fox Sports and Univision and much more," MySpace Manager of Corporate Communications Jessica Bass tells WebProNews. 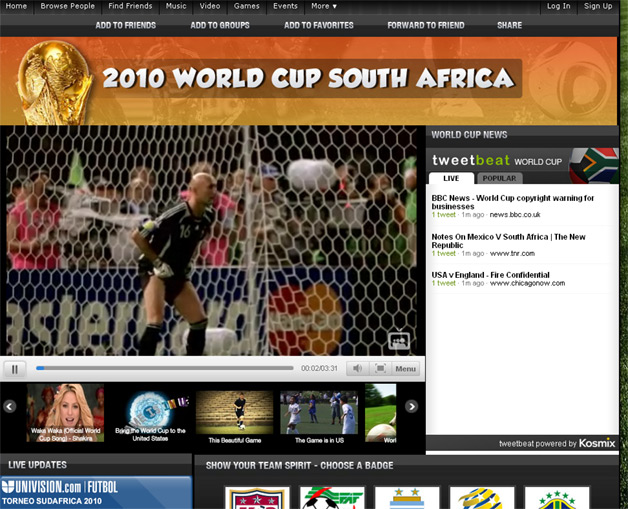 MySpace is shifting its focus to content more these days, and this World Cup profile is certainly an example of that. Though on the site, MySpace still touts itself as "a place for friends" to new users, its announcements are generally geared more toward content lately, and News Corp. COO Chase Carey was recently quoted as saying flat out, "MySpace is a content site."

That’s not to say friends aren’t still a big part of the equation. When you choose your badge to "show your team spirit", it updates your status for your friends to see.