MySpace launched a new gaming experience at myspace.com/games today. The company says it empowers developers with new tools, analytics, and opportunities for driving usage and revenue.

"Gaming is core to the overall entertainment value of MySpace; we are replicating our success from MySpace Music for this next round of platform improvements," a representative for MySpace tells WebProNews. "Nearly a third of MySpace users engage daily in games and there are more than 28 million active app users on the site." She says the site "offers users discovery and sharing of games in a simpler and cleaner experience."

"Nearly one-third of MySpace users engage daily with games. We believe the new experience will empower even more of the MySpace audience to discover, share, and showcase games, which along with music and movies, are core to our content strategy," said MySpace Co-President Mike Jones. "We’ve been working with our developer partners to understand where they’d like to see MySpace go; based on that feedback we started rebuilding MySpace Games. These are the first steps in offering robust tools for developers to help their businesses thrive." 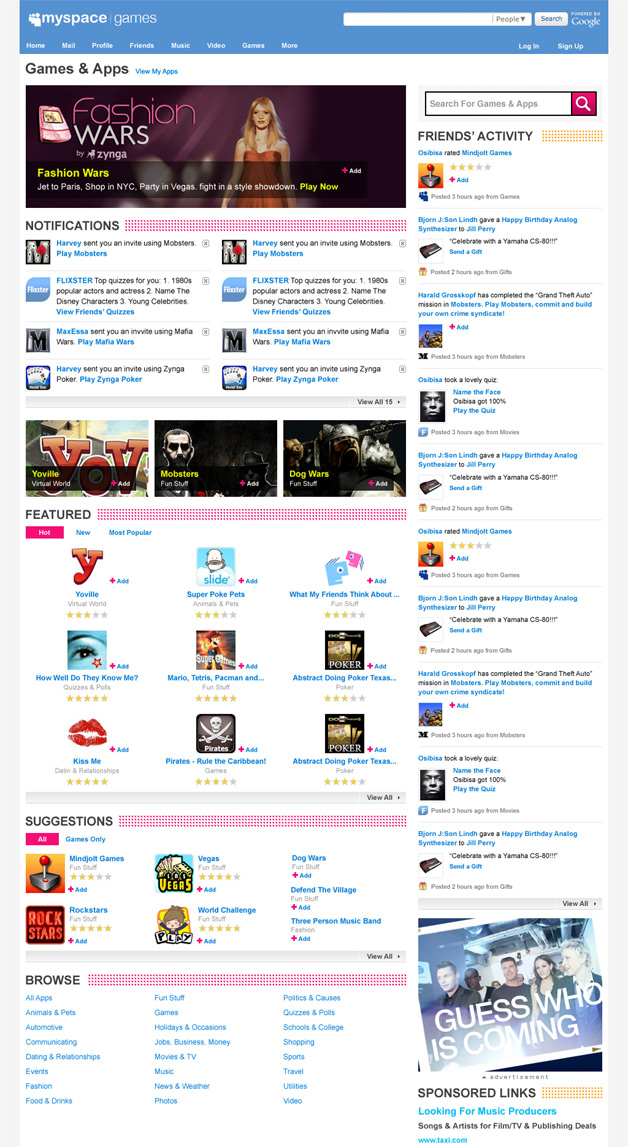 – Build games in rich, 3D-like quality with Unity’s powerful 3D engine and allow MySpace users to access the games with a new plug-in. For example, Paradise Paintball utilizes this technology.

– Utilize GroovyCortex, which is a cloud-based solution for onsite application developers, to provide low latency push data for multiplayer games.

– Track the source of application invitations and utilization to learn how users are finding and choosing specific games.

It appears that the new MySpace Games experience hasn’t fully rolled out yet.

Schmidt On China: "Something Will Happen Soon"