American Idol auditions are coming to MySpace as the show celebrates its 10th anniversary. MySpace announced today that it has partnered with  19 Entertainment, FremantleMedia North America and FOX on the project.

Starting today and ending October 6, people between the ages of 15 and 28 can submit audition videos for the show at MySpace.com/americanidol.

"American Idol has established itself as the largest stage to find and elevate new artists," said Courtney Holt, MySpace Music President. “Marrying this year’s auditions with MySpace, a platform renowned for discovering new talent, allows the show to broaden its reach online in the search for Season 10 hopefuls." 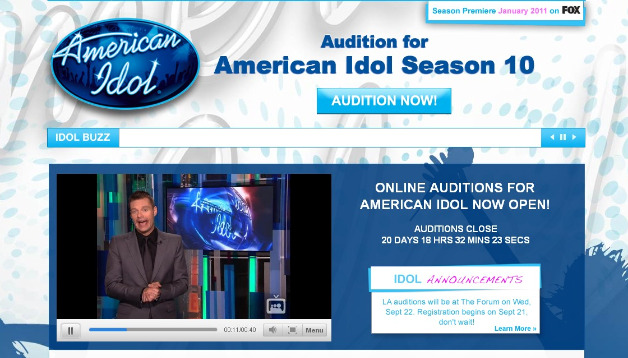 There is an approved list of songs that contestants con choose from for their auditions. Videos are limited to 40 seconds in length, and are limited to one per person. The auditions will be judged "in a similar fashion to the live audition" according to the announcement.

I’m guessing auditions can go viral on the web faster than ever as a result of this news.

A Brief Look at What Diaspora Will Do