There has been a bit of discussion throughout the Blogosphere that MySpace is changing its direction, trying to differentiate itself from other social networks like Facebook. They reportedly have a new product strategy called "Discover and be Discovered", which would include a feature simply called "Discovery."

Not many details are known about MySpace’s forthcoming new direction, but the company gave WebProNews the following statement on the subject: 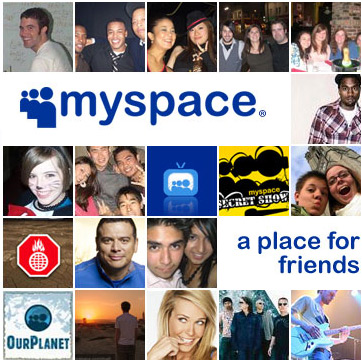 "MySpace has always been a place for people to discover. Core to our DNA are the concepts of self expression, customization, and personalization. You can expect more products and functionality that make it easier for users to discover what they’re interested in and be discovered by those that matter to them."

There is certainly some truth to the statement that MySpace has always been a place for people to discover. Since the first time I encountered MySpace, people have been using it not only to find new friends, but to discover new music that they hadn’t heard before, and find new networking opportunities.

However, there have been a lot more options that have become available to users in the time that MySpace has been around, and there’s more competition than ever for "discovery." It’s no secret that MySpace has felt some turmoil within its leadership. Earlier this month, CEO Owen Van Natta was ousted after spending less than a year in the position.

It’s going to be quite interesting to see how MySpace’s strategy evolves over the coming months. MySpace has taken a lot of flack in the social media discussion in recent times, but it’s important not to overlook the fact that it is still quite popular. In fact, according to comScore’s numbers for the U.S., MySpace had even more search market share than Facebook.

Running a Promotion on Your Facebook Page May Cost You $10K