News Corp. is integrating its Fox Audience Network (FAN) business directly with MySpace. The company says this will allow MySpace to leverage the FAN team and technology platform. This comes as FAN President Adam Bain leaves the company for Twitter.

"FAN and MySpace have worked together closely over the past several years and this integration will further align these two properties," said Jon Miller, Chairman and CEO of Digital Media for News Corp. "Adam has been an invaluable asset to News Corp, having led FAN’s growth from the ground up into one of the Web’s largest ad platforms, and we wish him well in the future."

"By fully integrating FAN’s platform and team, we are in a great position to further leverage FAN’s technology, which allows advertisers to serve the right ad to the right person and apply that to content across MySpace to provide a more relevant experience for our users,” said Mike Jones, President of MySpace. "The FAN team is incredibly talented and we’re excited to welcome them to the MySpace family." 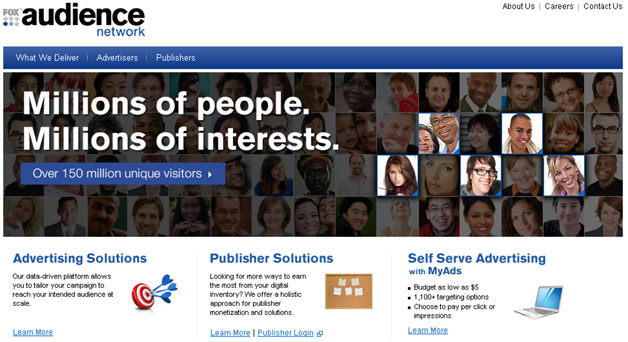 Created in 2007, Fox Audience Network reaches over 150 million Internet users, according to the company. It supports monetization efforts across the News Corp.’s online content portfolio, as well third-party publisher sites.

Bain has been named Twitter’s President of Revenue. More on this here.