How Much Should You Pay a Social Media Influencer to Promote Your Brand?

Some companies and marketers might still be wary about working with social media influencers, but there’s no denying it’s one of the most powerful marketing tactics today.

The power of influence marketing stems from consumers’ eroding trust in brands. These days, the majority believe and rely on word-of-mouth reviews and recommendations. One Nielsen study revealed that this type of recommendation surpasses other types of advertising. As a matter of fact, 83% of Americans were found to trust endorsements from people they know while 66% believe in the opinions that fellow consumers posted online.

One of the main hurdles companies face when they decide to go with an influencer marketing campaign is how much to pay an influencer. Hiring the services of an influencer can range from several hundred dollars to millions. Plus, there are other factors to consider, like exclusivity, rate of engagement, and number of followers.

While there’s no rigid pricing structure behind influencer payments, there are some basic guidelines that companies can refer to.

The first tier, or the icon tier, is typically composed of big name celebrities like pop singer Katy Perry or soccer star Cristiano Ronaldo. These influencers usually have 5 million or more followers.

The next tier, the trailblazers, are populated by well-known people like chef Guy Fieri and motivational speaker Tony Robbins. Their followers likely range from 2 to 2.8 million.

Surprisingly, it would appear that celebrity endorsers are not always the best choice when it comes to influencer marketing. Despite their status and their millions of followers, posts shared by tier 1 influencers actually had less organic engagement. That means their followers were not as active to like, share, or comment on their posts.

Meanwhile, tier 2 and tier 3 influencers are shown to be more popular on social media and provide the highest rate of engagement. About 28% of people who see content from a Trailblazer will comment, like, or share the post, while tier 5, or super-micro influencers, have an engagement rate of only 10.25%.

Ballpark Figures Based on Platform

How much a social media influencer charges per post depends on several factors like number of views and impression and whether a post includes a product image or video. However, two key factors that also affect cost are the influencer’s average number of followers and the platform they will be using.

Bloggers: For bloggers, their rates would depend on the site traffic and the monthly impressions the blog gets. For instance:

Instagram: Influencers using this platform usually charge based on the number of followers.

Some social media agencies typical starting rate for Instagram influencers is $1,000 per 100,000 followers. The rate is then adjusted based on factors like the client’s budget, length of campaign, and engagement rate. Companies should also expect to pay more if they’re working with a talent agency instead of dealing directly with an influencer.

Snapchat: Rates here would depend on the amount of views the post accumulates during its 24-hour lifespan. Companies that use Snapchat campaigns the following rates: 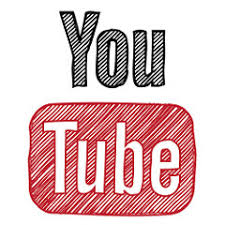 YouTube: Vloggers or influencers on this platform reportedly earn the highest. This is due to the content taking longer to create and demands the most technical prowess. The posts also have the highest reach, as they can be searchable permanently. Brands that are considering working with vloggers can expect the following rates:

Endorsement deals on YouTube also depend on several factors, like how many talking points the influencer would give or whether there’s an additional link in the video. The format, how many seconds the video will run, and the industry the clip is aimed at also affects the price.