Mozilla Is Working On Firefox For Ouya

The little Android-powered game console that could – Ouya – is already in developers’ hands. For now, these folks will begin working on games and applications for when Ouya ships to consumers later this year. One of those developers is Mozilla and the non-profit is tinkering around with a version of Firefox for the console.

In a post on Ouya Forum, admin Eddie K shared a chat he had with the folks at Mozilla about bringing Firefox to the console. Here’s what they had to say:

We’re investigating what we need to do to make Firefox usable on Ouya. It already works and we have some preliminary patches for gamepad support, but there’s still quite a bit of work to be done to make it really usable. Part of this work will be making sure that WebGL and Canvas support performs well on the device, and making sure that the relevant APIs (such as Gamepad API) are also supported. 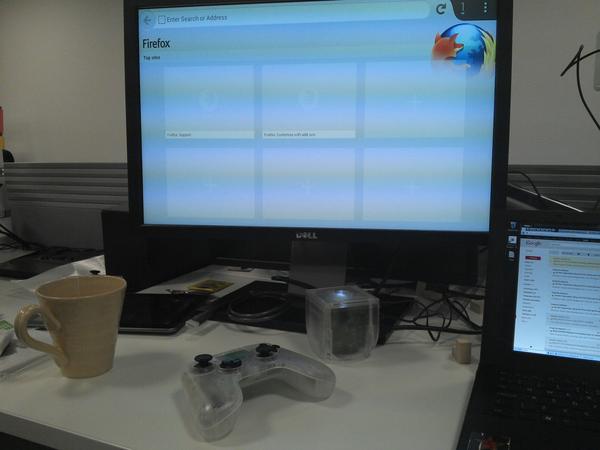 Despite being “kinda unusable,” the existence of Firefox on Ouya is pretty exciting. With Firefox’s advanced HTML5 capabilities, we could see a whole range of HTML5 applications, including games, make their way to televisions. We might even get a full version of Mozilla’s BananaBread tech demo.

The Last of Us Collector's Editions Detailed