Most Businesses Still Only “Experiment” with Social Media

Social media use among businesses has grown significantly over the past year or two, but new research from E-Consultancy, in association with the Online Marketing Summit (where WebProNews is conducting exclusive interviews this week), indicates that most businesses are largely still in the experimental stage when it comes to their efforts.

There are a great deal of interesting stats to pick through in the report, but to me, one of the most striking is that 61% (nearly 2/3) say they have experimented with social media, but not done that much. Various stats suggest businesses are starting to get to the place where they view social media as crucial, however. For example, the vast majority (90%) say they expect social media to take up more time internally "in a year’s time," while only 8% expect it will take up the same amount of time, and 2% expect less time to be spent on social media next year. 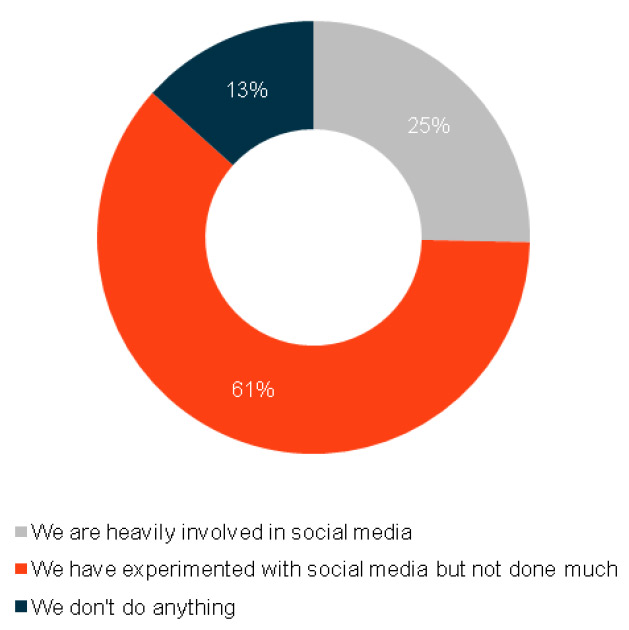 Some other highlights from the report:

– The majority of companies have difficulty measuring the return on investment (ROI) from social media. Almost two-thirds of respondents (61%) say their organizations are “poor” (34%) or “very poor” (27%) at measuring ROI.

– Increased traffic to Web site is the business goal that marketers are most likely to be trying to influence through social media marketing. Three quarters (74%) of companies say they use social media to increase traffic.

– Direct traffic to Web site is by far the metric most commonly used to measure the impact of off-site social media, measured by just under two-thirds of company respondents (63%).

– More brand recognition (64%) is the second most important business objective in terms of impact of social media. A similar proportion of respondents (62%) cite better brand reputation.

– Despite the widespread recognition that social media marketing impacts brand reputation and brand visibility, only a quarter of all respondents (25%) surveyed use online brand mentions and brand awareness as a metric for measuring off-site social media success. Just 15% use brand perception as a metric.

Facebook is the Web property mostly commonly used in social media, with 85% of companies surveyed using it as part of their marketing strategy. This is followed by Twitter (perhaps more closely than expected, given Facebook’s much larger user base) at 77%, LinkedIn at 58% and YouTube at 49%.

Over two-thirds of company respondents say that the amount of money spent on social media has increased since last year, while 30% say it has stayed the same, and 81% of companies expect social media budgets to increase over the next year, while 18% expect spending to stay the same. So while companies are still experimenting, they must be generally seeing good enough results to keep at it, or see the potential to use it on an expanded basis.

Do you have a concrete social media strategy or do you simply experiment? Discuss.