One of the main attrations at SXSW Interactive has been boxing legend Mike Tyson. He appeared for two and a half hours or so today at the event’s Screenburn arcade, to help RockLive promote a new game based on his likeness.

The announcers from the boxing ring set up in the arcade built up Tyson’s pending appearance as it approached, but it seemed to take a little longer than advertised (as quite a few sub-events seem to have throughout SXSWi – Pee-Wee Herman’s session included). This guy kept the crowd entertained as they waited for Iron Mike. 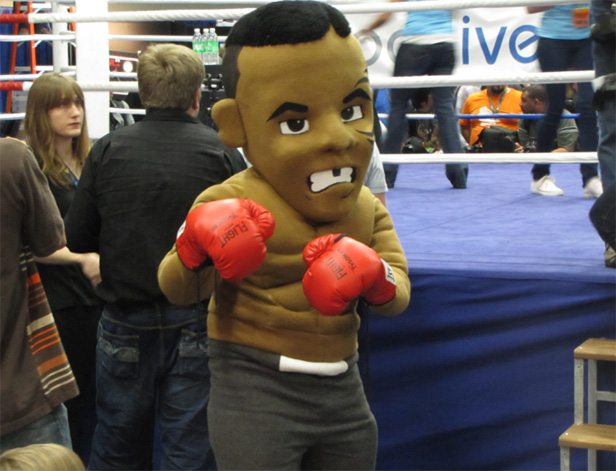 I admittedly waited around for a while to see what Tyson was up to, but after awhile, I decided to move on and come back, as to not miss filmmaker Robert Rodriguez speak.  Luckily Tyson was still hanging around getting the crowd hyped up. 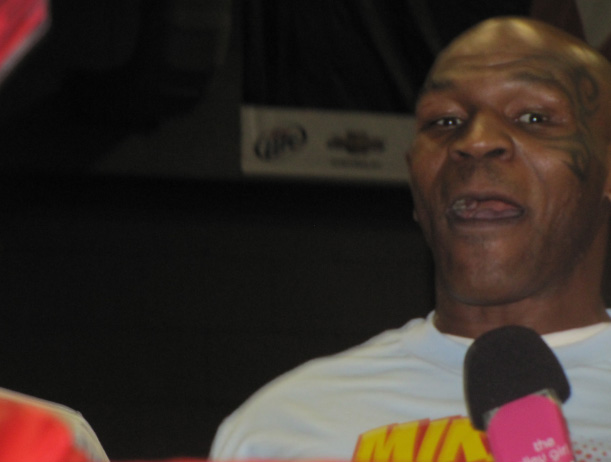 The game is available for the iPhone and iPad and will remind old school NES game lovers like myself of a time honored classic. Tyson’s likeness was eventually removed from famed “Punch Out” franchise. It’s good to see it back in some form.

All of you who just bought the iPad 2 better give this game a try and tell us what you think of it.