It’s been a busy week for Microsoft. The company launched an open source system for designing virtual assistants and also revealed several updates to its conversational AI solutions.

Microsoft showed several realistic ways that customers can use artificial intelligence in a just-concluded event in San Francisco. The company also spoke about how brands should integrate AI into their business processes and touched on the obstacles that come with adopting AI technology. Citing a Gartner report, the Redmond-based company pointed out that only four percent of CIOs are using AI technology while 70 percent of businesses lack the skills and support to do so.

In order to make AI accessible and easier to use, Microsoft has launched its virtual assistant accelerator on Github. This is basically a template with integrated pre-made skills that can be utilized to answer basic questions or locate local services by using conversational AI and the Microsoft Bot framework. The solutions accelerator also comes with a calendar, linked accounts, a to-do skill, and points of interest feature. 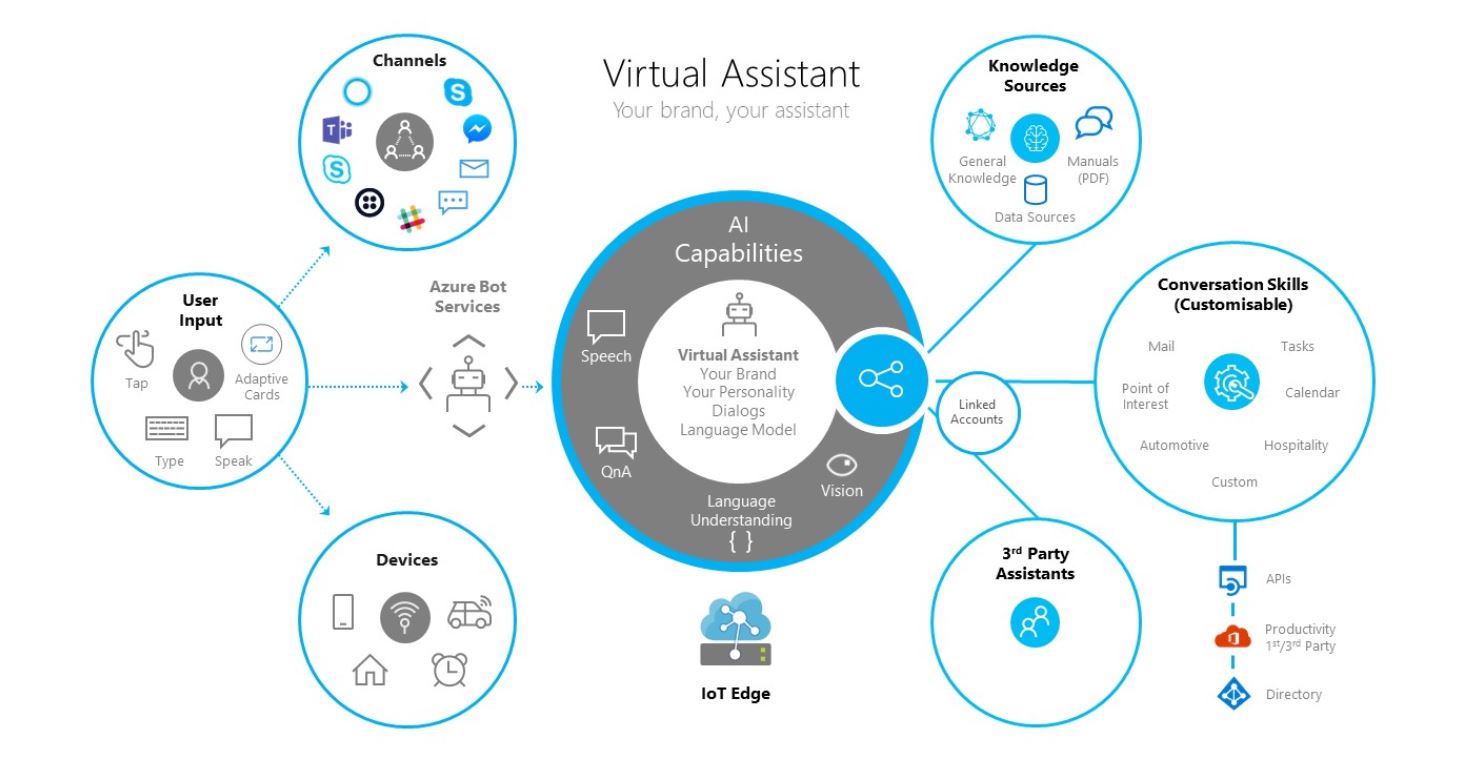 In a blog post, Lili Cheng, Corporate VP of AI, explained that the company believes that their “virtual assistant solution accelerator simplifies the creation of your own assistant enabling you to get started in minutes.” Cheng also emphasized the control their customers will have and how even the VA’s “name, voice, and personality can be changed to suit the organization’s needs.”

Cheng also admitted in an interview that the company has “reworked a lot of the tooling” to provide companies with better solutions and support. To that end, Microsoft has upgraded the Translator API and Azure Cognitive Services‘ text-to-speech synthesis. It has also rolled out container support for the latter, which will enable developers to add capabilities like object detection and language understanding in their applications even without having any data science skills.

Microsoft also announced its acquisition of Botkit creator XOXCO and an Azure Machine Learning Integration for the Power BI software.

Whatsapp Will Start Running Ads in 2019, But How Will Advertisers Respond?

Early Signs of a New Google Update This Morning