Microsoft announced today that it will make Office for Mac 2011 available in over 100 countries at the end of October. It will be available in Home and Student and Home and Business versions.

The company also announced that starting today, if customers purchase Office 2008 for Mac, they’ll be able to upgrade to 2011 for free when it becomes available.

"We develop Office for Mac to give you the tools to create great-looking and compatible documents — with options to pick the right edition for your Mac needs," says Eric Wilfrid, general manager of Microsoft’s Mac Business Unit. "More than ever before, Office 2011 brings the familiar productivity tools and features of Microsoft Office to a suite of applications that work great on the Mac." 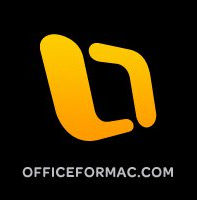 Microsoft Office for Mac Home and Student 2011 includes Word for Mac, PowerPoint for Mac, Excel for Mac and Messenger for Mac, and comes in two editions: a single install for $119 and a Family Pack for $149.

Microsoft Office for Mac Home and Business 2011 includes Word for Mac, PowerPoint for Mac, Excel for Mac, Outlook for Mac and Messenger for Mac, and also comes in two editions: a single install for $199 and a Multi-Pack for $279 with two installs for a user with two machines.

There will also be a special academic version available at authorized academic stores for $99.