At his keynote at SMX in Santa Clara this week, Microsoft CEO Steve Ballmer made it pretty clear that the company wants more people using its products regardless of the device they’re using. While his focus in that address was mainly on Microsoft’s Bing search engine, the company is keeping with this philosophy, as it has now released its first Android App.

Microsoft announced the release (HT)of its Microsoft Tag Reader app for Android, which is now available in Google’s Android Market. It’s free, and the description that accompanies the download says: 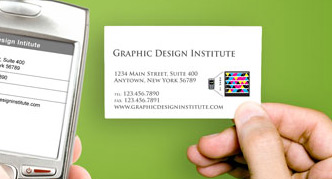 Microsoft Tag lets you discover information and entertainment by scanning mobile barcodes with your phone. Download the Tag Reader, scan a Tag anywhere you see one – in a magazine, brochure, on product packages, signs or storefronts – and access information, videos, promotions, exclusive offers, and much more.

"It’s important to give more people access to Tag because there’s huge demand for reliable mobile barcoding – businesses and consumers are eager to find creative ways to use their phone and hyperlink the real world," says Benjamin Gauthey with Microsoft Tag.

The world is still waiting on Microsoft’s new generation of mobile devices, the Windows Phone 7 Series, which is looking like it will come out late this year (with phones including a Bing search hardware key).

Do you think we’ll see more mobile apps from Microsoft coming to Android devices? Do you think it’s a smart move ahead of the launch of Windows Phone 7 devices? Share your thoughts here.

24% Of Households Have a TV Connected To The Internet