The most populous city in America has decided to turn for Microsoft for a cloud computing solution.  New York City mayor Michael Bloomberg and Microsoft CEO Steve Ballmer met in person to announce a partnership-in-the-making earlier today.

Many details remain unclear; apparently specific terms are still being hammered out being the scenes.  Still, Ben Popper was able to report, "Under the new plan, Microsoft will power all the city’s computer needs, consolidate their server and data storage, and allow city employees to choose from different levels of licensing, depending on their needs." 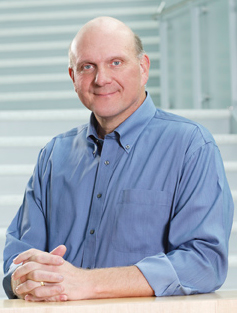 Also, it seems that the agreement is "is projected to save the city $50 million over the next five years."  Which is a rather stunning amount.

(Los Angeles’s implementation of Google Apps, by comparison, is only supposed to save the city something like $5.5 million during the same period.  And Los Angeles has close to half the population of New York, although there are no doubt many other factors at play.)

So if all goes well, this development should greatly benefit New York, and it will count as a major win for Microsoft, too.  After all, other cities may want to realize similar savings by moving to the cloud, and may want to follow New York’s lead by having Microsoft, not Google, provide the necessary tech support.

This is a story we’ll be sure to follow.

UPDATE: A source familiar with the situation weighed in to provide a different perspective.  One major point worth considering: this new contract is supposed to stem more from a renewal of an existing agreement than any competitive bid process.  Microsoft essentially bid against itself.

Another interesting detail: whereas Google’s deal in L.A. involved a definite switch to the cloud, it’s possible that not a lot of New York City employees will use Microsoft’s cloud software.  Microsoft’s Business Productivity Online Standard Suite may just remain a sort of option for casual workers while most employees stick to traditional solutions that’ll also be available.

Finally, to return to the subject of competition and pricing, Google’s L.A. deal related to email, not the whole span of products New York’s arranging to use.  Also, a Google spokesperson told WebProNews, "When there is a competitive bid process – like Colorado, Los Angeles and Wyoming – the majority of customers choose Google, and the rest get a great deal on their Microsoft license."