Microsoft Exec On Cloud Computing: “We’re All In”

Expect to see a lot more headlines with the words "Microsoft" and "cloud" both in them over the coming years.  Stephen Elop, President of the Microsoft Business Division, indicated today that his company is very, very interested in virtualization technology. 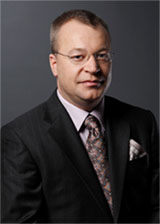 Elop was speaking at a Microsoft event in Amsterdam when, according to Dan Grabham, he said, "The world really is changing.  The trend that is the most significant, the most disruptive, is the advent of cloud computing.  I’d like to compare it to the arrival of GUI, or the internet arriving through the browser . . . all of a sudden we’re seeing customers en masse [adopting] cloud computing."

And Microsoft isn’t exactly interested in watching this trend from the sidelines.  Rather, it seemingly wants to go head-to-head with Google and every other company interested in the cloud computing space.

Elop asserted, "We’re all in," explaining that "70 per cent of Microsoft engineers are working on something to do with the cloud," and that as many as 90 percent of them should be working on cloud-related projects within the next few years.

For the record, Microsoft Senior Vice President and General Counsel Brad Smith wrote an official blog post today titled "Unlocking the Promise of the Cloud in Government," too.

Is MasterCard Declaring War on PayPal?

Adobe Talks Future Innovation with Both Flash and HTML5