Microsites are commonly used by brands in online marketing. Dynamic Logic, a firm that evaluates the effectiveness of branded microsites, says that 7.8% of people become aware of a campaign’s message who otherwise would not have, when there is a microsite involved. WebProNews spoke with Michelle Eule, Managing Director for Dynamic Logic’s research application AdIndex, about this and other recent findings regarding microsite effectiveness.

I wondered if that particular finding couldn’t be construed as a call to improve a campaign’s message overall, if its message isn’t clear before the customer views the microsite. 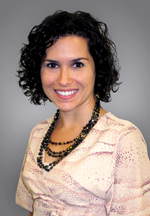 "I think the finding speaks more to the strength of microsites than to a weakness in the campaign’s ads—that 7.8% can be compared to the average impact of display and video ads, which typically drive an additional 2.3% of people to become aware of a campaign’s message," Eule tells WebProNews. "Consumers who enter a microsite are generally more open to hearing what the brand has to say, and tend to spend more time engaging with the brand than someone simply served a display ad while performing other activities on a webpage."

Microsites normally utilize online ad formats such as display and video to drive traffic to them, of course.

"A display ad can also say only so much within a 300×250 or 728×90 unit compared to a microsite which has a full page or multiple pages of real estate to leverage," she adds. "It’s worth noting, however, that a media plan can potentially reach 100s of times as many people as a microsite, so while the percent impacted favors microsites, the number of people impacted may still be higher with display or video ads."

Dynamic Logic says that data from 182 of its studies (conducted globally), reveal that microsites have a substantial impact on consumer awareness and perception of a brand. According to the firm, microsite visitation leads to significant increases in all standard brand metrics. 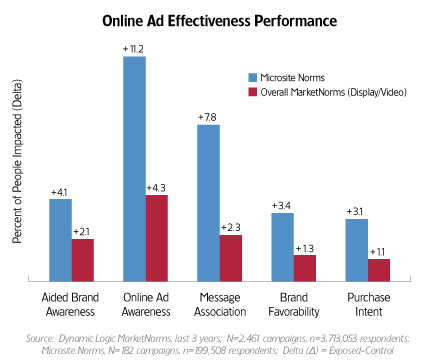 The firm finds that the site attribute that determines the largest branding impact varies by the campaign goal. 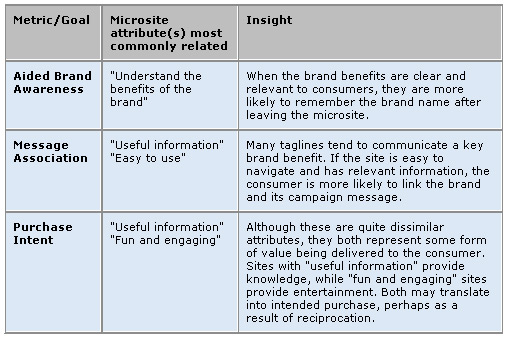 "We’ve seen lots of creative content on microsites," says Euele. "This can include originally produced videos, games, contests, or forums that generate discussion between consumers. While those activities certainly incorporate the brand in some way, I think the best microsites are ones that don’t focus on the brand directly, but on a topic that consumers feel passionate about."

"This approach is riskier because the connection between the brand and the topic needs to be obvious to consumers, but if the linkage makes sense, more consumers will come to the site and spend more time with it when they feel that the brand is relevant to their interests and values," she adds. "That connection can be extremely influential at the time of purchase."

The firm says that in terms of costs, an effective microsite requires a decent investment towards production of the site as well as media for traffic drivers.