For those who have been wrapped up in the Mass Effect saga, dating all the way back to 2007, the day for the “final” installment in the trilogy is nearly upon us. On March 6th, Commander Shepard will be going toe-to-toe with an insane amount of reapers and for those of you who pre-order, you’ll have a bit of additional firepower to help.

Today, EA/BioWare announced the pre-order bonuses for their upcoming title. For everyone who pre-orders, you’ll have access to the M55 Argust Assault Rifle, with the description for the gun stating, “Deadly at any range, the Argus boasts quick burst-fire to ensure ammo conservation and maximum accuracy on the battlefield.“.

If you want to snag the N7 Warfare Gear, which includes the N7 Valkyrie Assault Rifle and armor set, you’ll have to pre-order from GameStop. Not stopping there, those who game on the PC and pre-order from EA’s Origin Store will receive the AT12 Raider Shotgun. If you have any inquiries concerning the pre-order bonuses, BioWare has a FAQ page dedicated to it.

To coincide with this announcement, EA has sent out feature videos and screenshots which are available below. 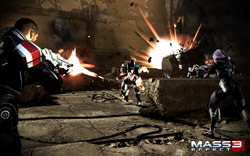 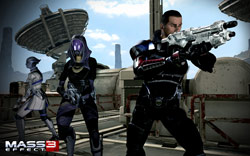 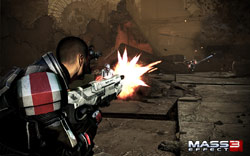 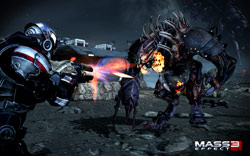 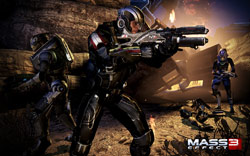 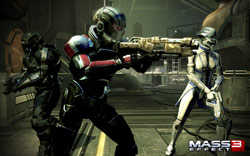