Apple said today that over one million apps have been downloaded from its Mac App Store in the first day.

“Developers have done a great job bringing apps to the store and users are loving how easy and fun the Mac App Store is.” 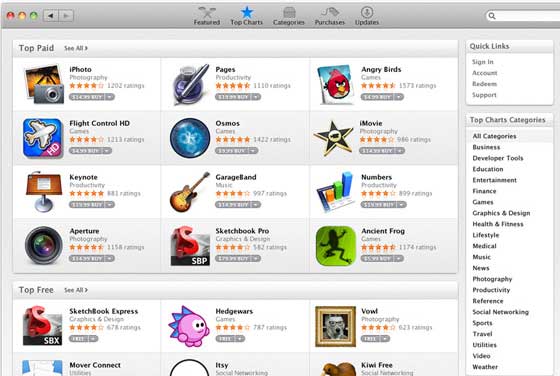 The Mac App Store offers a variety of apps in games, education, graphic design, entertainment and other categories. The Mac App Store is available for Snow Leopard users through a sotfware update as part of Mac OS Xv10.6.6.

Mac developers set the price for their apps, keep 70 percent of the sales revenue, are not charged for free apps and do not have to pay hosting, marketing or credit card fees

Hulu Plus To Become Available On Some Android Phones