Lollapalooza Turns to Facebook Via Mobile Apps to Connect Fans

Lollapalooza gets underway today for the weekend, and its promoters are using Facebook to get fans connected with one another. "This year, the Lollapalooza team is using Facebook to solve one of the hardest problems people face at music festivals – finding your friends. As people are drawn to different parts of the festival and often get separated, cell phone service gets hindered as thousands of people in close proximity try to call their friends," a representative for Facebook tells WebProNews.

She adds that in an effort to combat disconnection with friends at the show the Lollapalooza’s team has updated its iPhone app to have "Friend Finder", with which users can login via Facebook to select friends, see messages from all of their selected friends in one place with the "Friend Wall" and arrange a meeting point using the phone’s GPS. Users can plant a digital flag on the "Lolla festival Map", which messages their location to friends at the event. 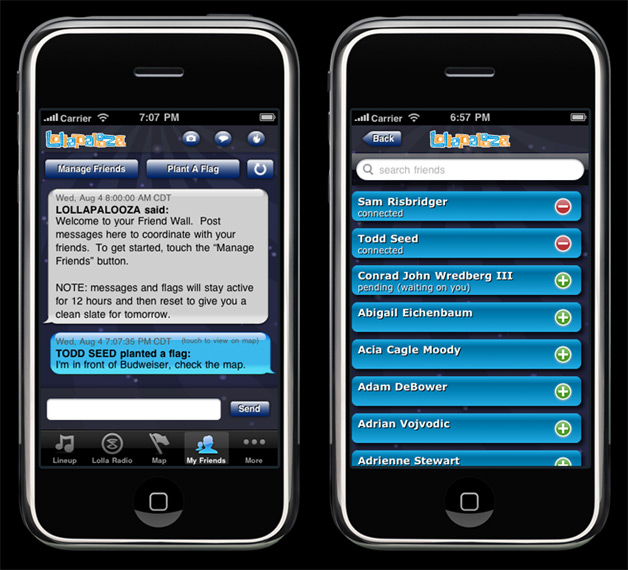 "Last year almost 90% of Lollapalooza fans said they used Facebook during the festival," she says. "So it made sense for the festival team to leverage Facebook as the mechanism for people to connect with each other in the updated app."

Grant Park, where the festival is taking place will have 100 acres of free WiFi access for fans (sponsored by AOL Lifestream).

There is also an Android app with many of the same features.