Local marketing firm ReachLocal announced that it has acquired New York-based Deals company DealOn, as company’s everywhere try to get in on the hot local deals goldrush. ReachLocal is paying $10 million for the acquisition.

"This will allow ReachLocal to enable other deal sites and publishers to supply and/or resell deals, as well as greatly improve Deals sourcing, syndication and personalization for the industry as a whole," a representative for ReachLocal tells WebProNews. 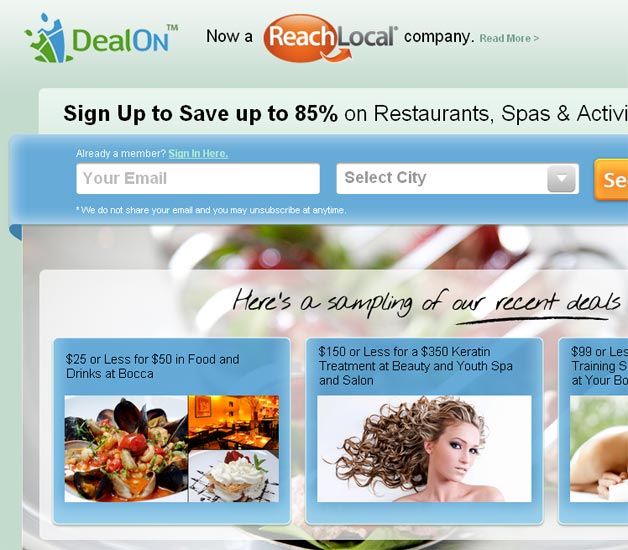 "The rapid growth in the local deals space further demonstrates the magnitude of the shift of dollars from offline to online," says ReachLocal co-founder and CEO Zorik Gordon. "We believe that local deals are here to stay, will become ubiquitous, and will become an important way for publishers to monetize local users online."

"However, we believe the challenges of deal sourcing is the biggest gating factor limiting entry and success of additional players in this market," adds Gordon. "Much in the same way we bring SMBs’ Search, Display and Social Media spend to online publishers, we see a  large opportunity to play the same, central role in the deals ecosystem by becoming the premier source of deals from local merchants to publishers."

DealOn has only been around since 2009, and only operates in 18 markets in the U.S.

According to Business Insider, Priceline wanted to acquire DealOn.

Who Will Survive In The New Networked Media Oceans?