Smartphones may be omnipresent in college classrooms and certain offices, but the reality is that many, many people still own more basic devices.  So LinkedIn, which used to take some pride in the fact that the average member’s income was around $100,000, today unveiled a new app designed to work with feature phones.

The app was built by Snaptu, and should be pretty flexible in terms of compatibility – it’s supposed to work more than 2,500 types of phones.

Another point in the app’s favor: it’s free.

As for what it’s supposed to do, Chad Whitney, a senior product manager at LinkedIn, explained on the corporate blog that features include the option to “[v]iew your update stream to glean insights from what your network is doing,” as well as “[g]ather ‘meeting intelligence’ about the customers and partners you’re meeting with on a daily basis through search.”

Then it’s possible to “[g]row your network by inviting people to join your network (and by accepting their invitations),” and “[a]ccess your connections to see how their networks have grown, who you have in common, and what’s changed on their profile,” too. 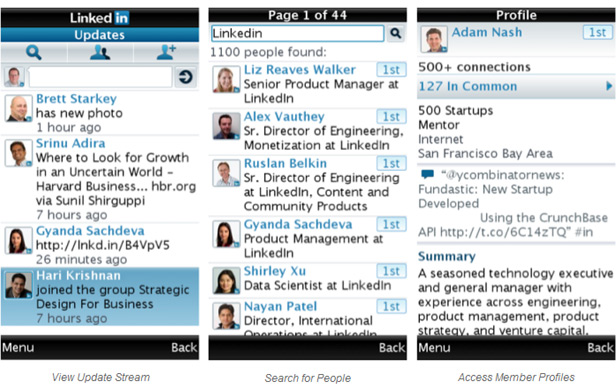 This development could help LinkedIn attract many new members, or at least convince some existing members to become more active.  Whitney predicted changes in Brazil and India in particular.