Lady Gaga has just set a new record. In the annals of history, she will be remembered as the first person to acquire 10,000,000 followers on Twitter. And more importantly, she beat Justin Bieber.

@ladygaga
Lady Gagahttp://twitpic.com/4xtnac – 10MillionMonsters! I’m speechless, we did it! Its an illness how I love you. Leaving London smiling.

1 day ago via Twitter for BlackBerry® · powered by @socialditto 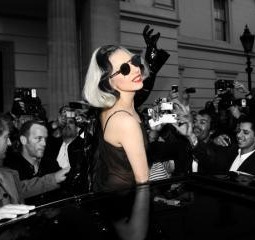 Being the first to reach 10 million followers surely grants Gaga the title of “most popular” on Twitter.  But as far as her influence on the network goes, she’s not quite at the top of the list.  In a study commissioned by the NY Time mag and performed by Twitalyzer, it was determined that British actor Stephen Fry and Brazilian comedian Rafinha Bastos both have a higher “influence index” than Lady Gaga.

Why? Even though they have a fraction of the followers (a couple million), they are much more active tweeters, therefore have their content retweeted at a higher rate.  That isn’t to say that Gaga doesn’t hold sway over the Twitterverse – her impact score according to Twitalyzer is 72.3%, which puts her in the 99.9th percentile.  Not bad for someone only averaging about a tweet and a half a day.

How Burson Marsteller Can Emerge From Its Facebook PR Fiasco

May 16, 2011
Recent Posts
Registration is disabled.